My thoughts on A Scandal in Belgravia *some spoilers*
posted by bri-marie
Loved:
I loved the relationship between Sherlock and Mrs. Hudson. We know from series one that they were fairly close; Mrs. Hudson hugs Sherlock when she first sees him, and Sherlock isn’t exactly a “huggy” person. He made certain that her abusive husband was killed. She “wasn’t their housekeeper” but she made sure “the boys” were alright. It was pretty obvious from the get-go that they cared for each other.

And this series just took that and exploded it into this wonderful, caring relationship that took Sherlock (I think) to new depths. For the first time, Sherlock looses his cool in a violent way. He didn’t have to throw that guy out the window. He didn’t have to do it repeatedly. But he did. Because that guy hurt Mrs. Hudson. And that’s something that Sherlock just cannot tolerate.

And later, when doctor John announces that Mrs. Hudson needs to leave for her sisters for a few days, Sherlock puts his foot down and says no, that “London would fall to pieces.” And he puts his arm around her and gives her this half-hug. But John smiles and lets it go, because he knows that Mrs. Hudson is safe because Sherlock would, quite literally, toss anyone out a window who dares touch her.

Then there’s the relationship between John and Sherlock. No, I don’t think their relationship is romantic, or sexual. But it’s deep and profound. John would do anything for Sherlock, including letting his own romantic happiness go to make sure he’s okay. They can have whole conversations just by looking at each other, and John knows that Sherlock cares about Irene just because he didn’t answer her texts. John has risked his life (and vise versa) and killed people for Sherlock. And Sherlock trusts John. It’s John that Sherlock calls for when he wakes up. It’s John that Sherlock sends Mrs. Hudson off with.

Honestly, I would really hate it if Sherlock and John became romantically involved.

Then there’s the relationship between Mycroft and John. Mycroft (or the “ice man” as Moriarty calls him) is just as protective of his baby brother as John is. It’s John that he calls and tells him to keep an eye on Sherlock. It’s John that Mycroft has lie to him, because he knows that Sherlock cannot handle Irene “dying again” and the only person Sherlock will believe is John. The two of them have this unspoken agreement to be friends because Sherlock.

Basically, this episode did a wonderful job of building and expanding the relationships that were established in the first series.

That Sherlock went to some random country to save Irene, and nobody noticed he left.

Sherlock being randomly naked for no real reason.

Benedict’s facial expressions. They just… I don’t know. They were just awkward and uncomfortable to watch.

I have absolutely no idea how I feel about Irene. I don’t dislike her, but I don’t like her. I don’t feel that the end made her anti-feminst, weak, or out of character. I don’t feel it was wrong to have her countless times say she slept with men and women and not be ashamed or anything. I don’t find it irritating that she told John she was gay, when it was heavily implied had some romantic feelings for Sherlock.

That being said, I didn’t particularly care for her either. I don’t hate her. I don’t dislike her. I just… I suppose if 5 was “don’t care” and 1 was “hate” I would be a 4. I care about her just enough to know I don’t like her. And that’s about it.

Over all, I loved the episode. I thought it was a great kick-off for series two and, although it wasn't as action packed as the ending of series one, there weren't any dull moments. I'm really excited for the next episode.
everybody_lies Agree on Sherlock just leaving to save Irene, I think that was waaaayy too much. And I hated Adler on this episode, that's not even close to the Irene from A Scandal in Bohemia (I know this is an adaptation and does not have to be exactly like the books, but in my opinion it was terrible what they did to Adler's character). I apologize for my senseless ranting, I guess this really bothered me and I just needed to get it out of my system Haha
AngelaR Agreed. Him saving Irene after all she had done was a bit much! Especially from what looked to be the middle east for all intents and purposes. But I did love seeing the affection that both Sherlock and Waston displayed for Mrs. Hudson!
Swanpride Yeah...I could have lived with the episode, even though I hate the fact that they made Irene Adler a common criminal. But they ruined it, when they added the part with her kneeling on the ground, with Sherlock having to save her like a common damsel in distress. But that aside, I didn't WANT to know for sure that she had survived. I would have prefered an ambigious ending. 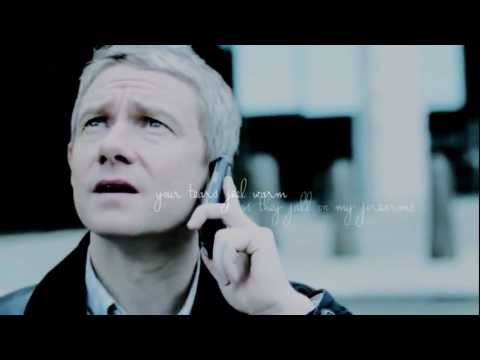 3
Sherlock & John || 'I was so alone and I owe you so much'
added by EllieLupin91
Made by xKeepCalmAndCarryOnx.
video
sherlock
bbc
fanvideo
sherlock holmes
john watson 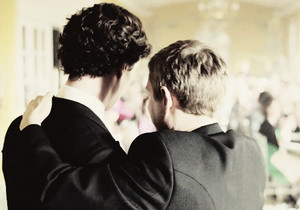 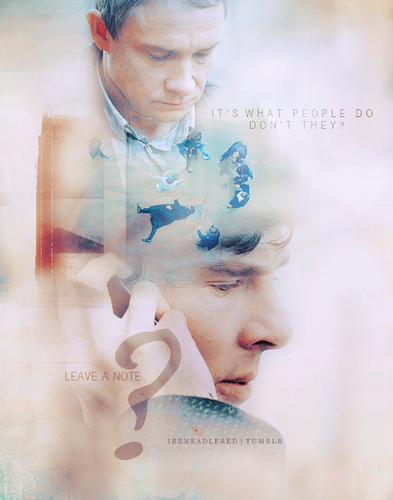 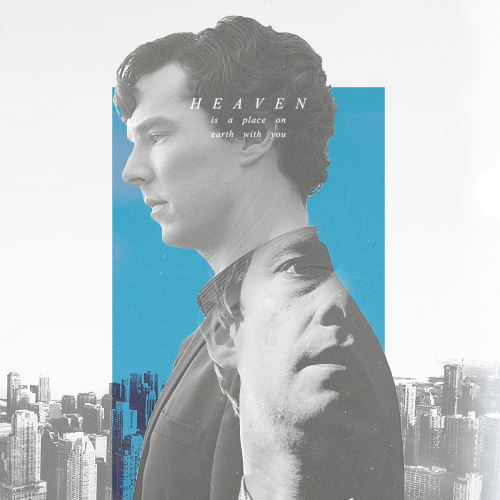 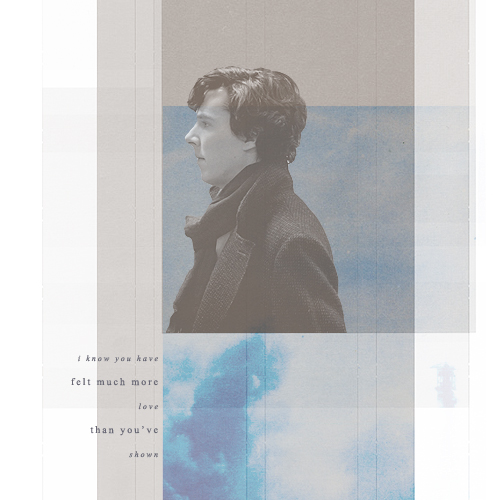 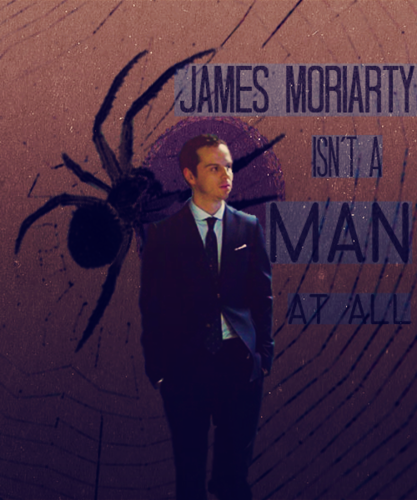 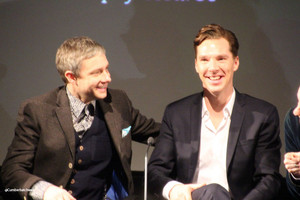 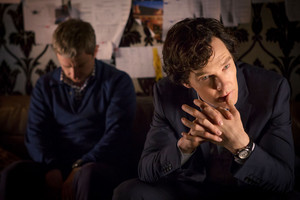 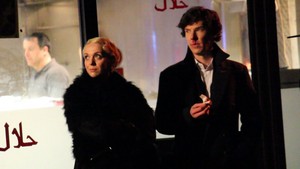 1
The detective with the funny hat
added by DW_girl 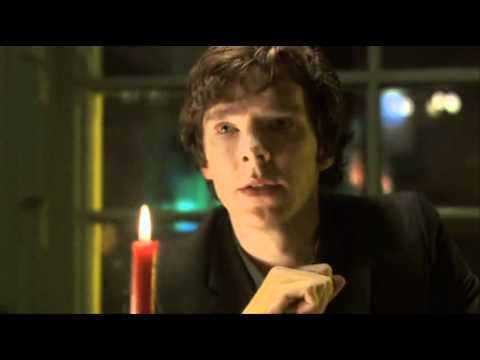 3
Sherlock is Drunk
added by imSHERlocked221
From the unaired pilot, this is where Sherlock acts drunk to get to Jeff Hope (the bad cabbie).
video
sherlock
sherlock holmes
john watson
sherlock is drunk
jeff hope 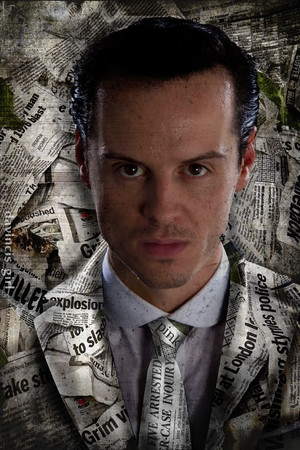 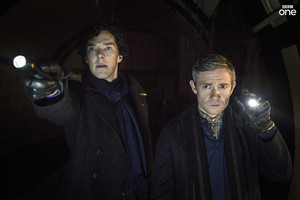 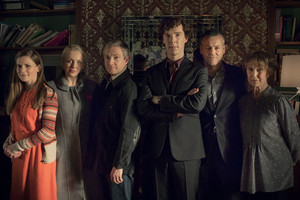 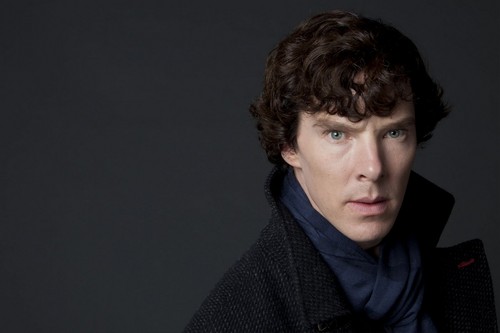 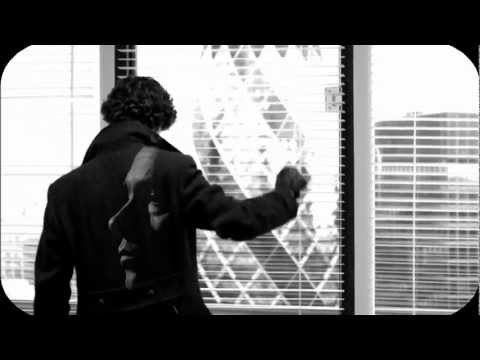