5
NEW Skins Generation 3 Interview.
posted by underthestarsx
THE new cast of Skins has promised the fifth series will be just as raunchy as ever - but actor Will Merrick says he's GUTTED as he doesn't have any sex scenes.
The E4 teen drama has gained a reputation for its graphic take on sex and drugs during its previous four series.

It returns on January 27 with its third cast - who say they have loved stripping off for their sexy scenes.

But not everyone is getting on in the act, with Will, 17 - who plays pothead Alo Creevey - saying he is annoyed that his character keeps his clothes on.


He said: "I was really excited when I first got my script - I was flicking through it looking for my first sex scene and I don't have one.

But there was no such drought for Sean Teale, 18, who plays stud Nick Levan. He has several raunchy scenes with screen girlfriend Mini McGuinness, played by Freya Mavor, 17.

He said: "She is absolutely beautiful and I really got along with her.

"It was character-building doing the sex scenes. We talked about it beforehand, but we never rehearsed it in our own time. It just kind of flowed."

He added: "In my first week I found myself doing a lot of nude stuff. I was thrown in at the deep end on my first day - I was naked and I got puked on. It made my opening experience quite rough."

Sean added: "My parents would have loved me to have been in a period drama instead.

"My dad was flipping through the channels once when the last series was on and when he saw Skins he was absolutely gutted, so they are bracing themselves for what is to come.

"They are going to close their eyes and not watch some of the stuff."

But single Sean said he was looking forward to the attention from girls that the series will bring.


He said: "I want to be professional, but I do want to enjoy the attention as well.

"But you have to be careful - a lot of these people won't have wanted to know me before I was in Skins."

Bosses have said there will be more of a focus on the girls in this series, after the boys took centre stage last time. Jessica Sula, 16, who plays prim Grace Violet, said she was apprehensive about taking the role at first because of the show's sexy reputation. She said: "When the show first came out it was a big shock. I was only 11, so I was a bit young. When I told my mum I was going to audition for it, she said, 'Is it that show?'

Producers have promised the new series will be more fun after the last run was criticised for being too dark, particularly when one character got battered to death.

Series producer Matt Strevens said: "Things were heavier in the last series because the characters were older and had bigger things to deal with.

"But with the new cast, they are younger and we can have some fun with them. We want to bring more of its silliness back in."

Alexander Arnold, 18, who plays heavy metal fan Rich Hardbeck, added: "It is still dark in places. It isn't a political show - it is just a representation of youth culture.

"We lay out scenes that viewers can relate to."

Most of the new actors are unknowns, with several being chosen after taking part in open auditions which attracted more than 10,000 wannabes.

But one cast member is more familiar - Dakota Blue Richards, 16, who plays Franky Fitzgerald. She previously starred in Hollywood movie The Golden Compass.


But she said that having fame before had not changed her take on joining the show.

She said: "I don't think it has given me any kind of advantage because this is so different to what I have worked on before. I have never done TV and it all moves so much quicker.

"The others wouldn't ask me for tips. We all have our ups and downs, but generally we all get on. It is quite nice because I have never worked with people my own age before." Dakota's androgynous character also misses out on raunchy scenes - only because she doesn't know what she likes yet.

She said: "My character doesn't have sex with men or women yet. She is very innocent. She is so reserved and buttoned up - I would love to have some nude scenes.

"I am very jealous that most of the others get raunchy scenes. This series has the potential to be the best yet as it is so different."

But Dakota conceded the new cast will have to put some work in winning over die-hard fans who grew accustomed to the old faces.

She said: "There will be some prejudice about it as it is the third generation." Jessica said she had already suffered internet abuse, despite the series not even starting yet.


She said: "People can be cruel and it is not nice. One mistake I made was going on the internet and people were being mean, comparing us with the old cast.

"But the sad thing is that they don't even know us yet."

Several former Skins stars have gone on to huge international success, such as Nicholas Hoult - who starred in Tom Ford's Hollywood movie A Single Man - and Dev Patel, who appeared in the Oscar-winning Slumdog Millionaire.

Sean - who is deferring a university place to do Skins - said: "It is a fantastic springboard as a show and you can really up your profile from it. Quite a few of us want to carry on in acting after.

"But I am realistic about the industry and my parents made sure I have a back-up plan with uni."
PurpleMonkey82, monLOVEbrucas and 3 others like this 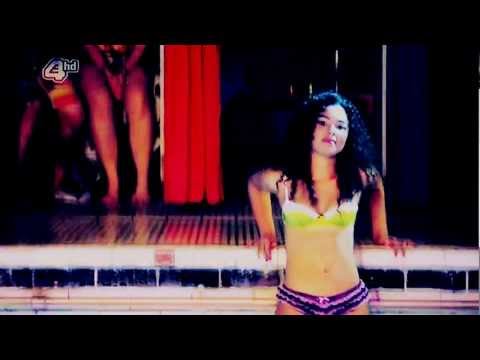 3
"I just spoke to her. I speak to her all the time." (Grace&Rich)
added by reneemonique
Credit: OfGoldenDaffodils
video
skins
fanvid
grace&rich
grace
rich

3
"It's not about the destination. It's about the journey" [skins]
added by Shanice_12
video
skins
fanvid

2
Love... What Is It Good For? Absolutely Nothing.
added by katie_07
Skins included
video 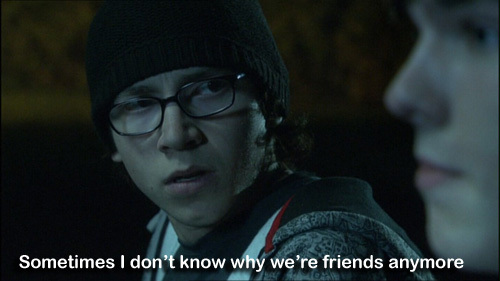 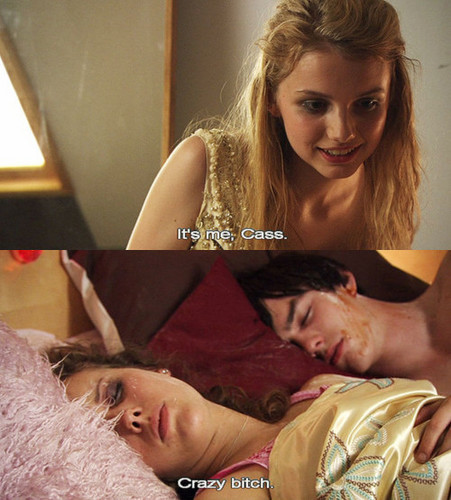 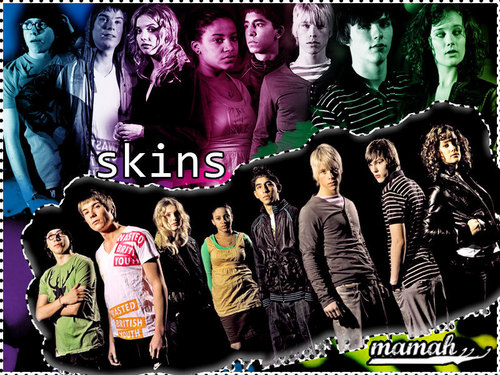 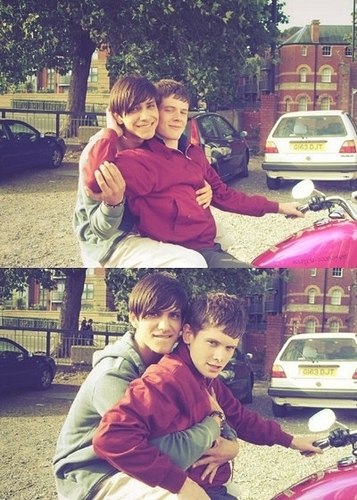 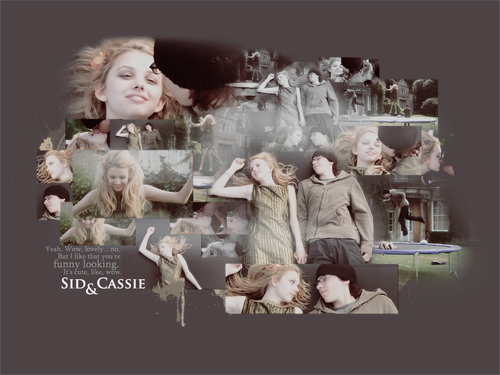 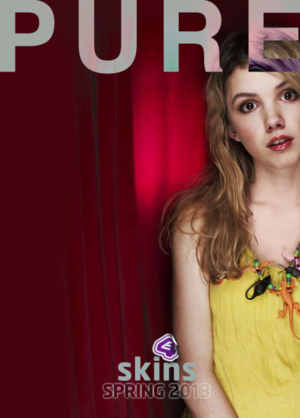 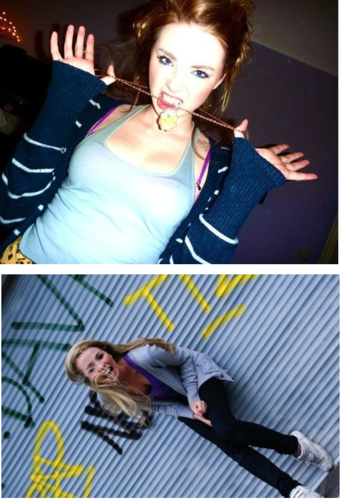 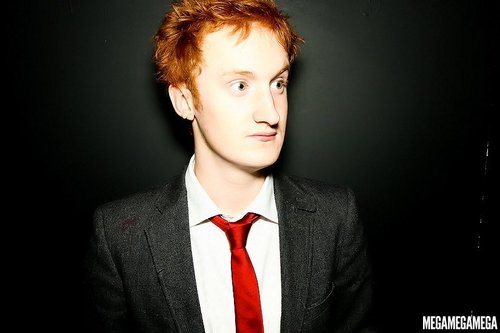 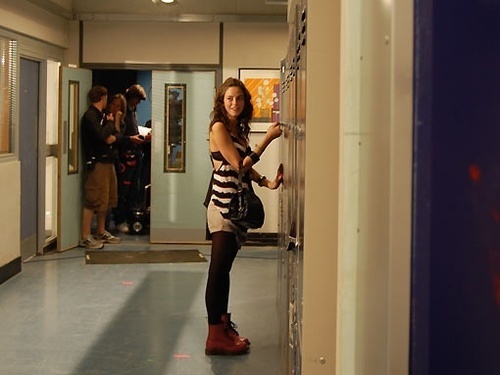 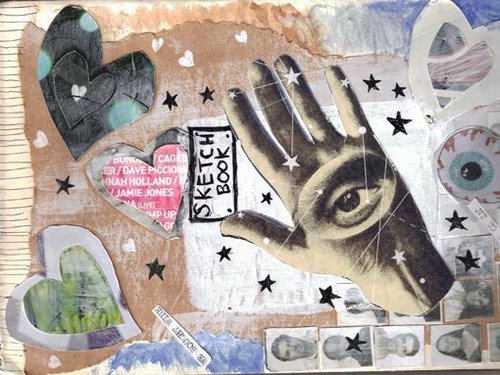 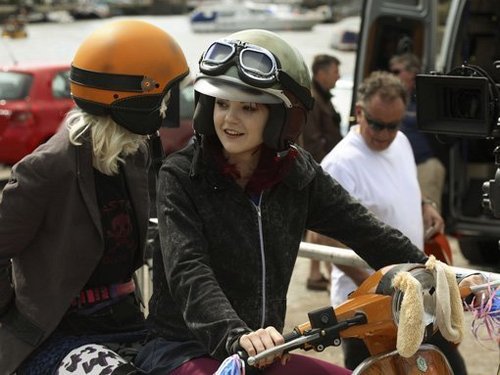