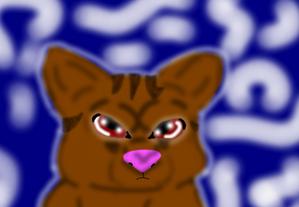 Parchpaws determination
"You cant be serious!" Wavestorm exclaimed, the fur on her neck bristling.
It was a crystal clear night in StarClan and all the past StormClan cats had gathered on the prey-rich healthy green grass to speak of somthing Parchheart had announced earlier.
"Why shouldnt she?" Thistletail, the moody grudge of StarClan, challenged. "after all, she left StormClan way to early! Think of what she left behind! Her clan, her life, her loved one......" Thistletail trailed off as his memory flashed back to Moonwing and Fernflight, the two she-cats that had loved him more then life, but he hadnt been around long enough to pick which one he had wanted to spend the rest of his life with, not that he got the chance, anyway.
"Think Thistletail" Nightstar, the wise StarClan cat warned. "This could be dangerous, as if not deadly, one wrong move could corrupt her spirit if she does this! And then destroy it!"
"I dont care!" Parchheart hissed from where she sat besides Thistletail. "I want to be with Tanglescar! And even the slightest hope that I can will be enough to send me running for earth!"
"Your insane!" Spruceleaf shrieked. "Its impossible to die and then somehow return to earth! Or is it?"
Spruiceleaf turned questionably to Spottedshadow and Owlwing, but they both shrugged in as much confusion as Spruceleaf.
"It is" Wavestorm answered for them. "And im done hearing about this! Its gona fail if she trys it an her spirit will be forever lost in nothingness!" Wavestorm turned with irritation and dissapeared back to the StormClan camp in StarClan. Nightstars held his black head low, "Im sorry Parchheart but its not possible-"
"Nothings impossible!" Parchheart hissed, interupting Nightstar. "If i have the power in my paws then I should be able to manage to return to my body. Thistletail nodded in agreement but Nightstar turned away and slolwy followed Wavestorm, back to StormClan camp.
After a few heartbeats, Petalfall, Spottedshadow, and Owliwng followed. A large dark gray tom watched them go, this was Darkshade, first kit, and oldest son of Stormstar.
"Theres nothing we can do" Spruceleaf whispered, "Its never been done before......"
Cold determination burned in Foxpaws amber eyes as he spoke, from where he sat beside Parchheart "then lets make history!"
Parchpaw went in the center of the lands of StarClan, a white glow outlined her ginger fur and the glow grew as she sat down in the center and closed her eyes. Darkshade, Spruceleaf, Mistyflower, Foxpaw, and Thistletail sat in a circle around her body and touched there pink noses her to fur. The glows coming off them mixed with hers and grew brighter and brighter, it was so bright, that all u could see was the ghostly white glow. Parchhearts memory flashed back to her body, getting cold and sitting alone, she felt a cat sitting over her, its nose in her cold ginger fur. A flash of pain geered through her and she let out a screech as the brightness grew stronger then life itself! Then she realized that the brightness was fadding, and her mussels were aching with no strength. Did it work, Parchheart wondered? Am I back on earth? In my body?
She slowly opened her eyes, to see stars lighting up the dark night sky, she felt soil underpaw and everything was so cold. She felt the presence of many cats around her and a nose pushed into her fur.
Parchheart looked over and saw a dark cat with bright orange stripes, old tears covered his face as he sat virgile for her. "T....Tan.....Tangle.....Tangle.....scar" she breathed, her words coming in painful gasps. Tanglescar's head flew up as he heard her voice and he looked around questionanly as if he was not sure if he had heard somthing or not. Then he looked back down at Parchpaw and saw her amber eye staring at him, he turned his amazed gaze to her flank and saw it heaving. "Y-your alive?" He whispered in amazement. Parchheart rose her head, "Im not going anywhere, at least, not just yet." Determination burned in her amber eyes. And she heard Thistletail whispered, "love has set u free.....which proves love is stronger then death....."

By bending time and space Parchheart has found a loophole back into the world.......
Razorfang55555, Tigerstripe and 1 other like this
ThunderCat *gets up and trys to stand but falls back down* ugh! My wounds may never heal, but my spirit is as strong as 1,000 spirits! ~Parchheart
tanglebelly Parchheart! *gets up stiffly* but how..?*covers her with licks* -Tanglescar-
ThunderCat *licks Tanglescars muzzel* after all love is more powerful then death
Tigerstripe *rushes over to Parchheart with herbs and drops them at my paws then starts to examine the new warrior and my eyes widen with surprise as i run my paws from her flank to her muzzel* this is incredible! She barley has any blood and shes still breathing! Hows that even possible? ~Pinegrowth What does it matter? My sister is alive! And thats my whole world! *rubs muzzels with Parchheart* stinks that she gets to be a warrior so early though! ~Bluepaw *nods* your right, Bluepaw, we should concentrate on the positive, not the negative! Parchheart's alive and thats all that matters! *pushes herbs towards Parchheart* here eat these, they'll help your blood flow and give you some more energy ~Pinegrowth
Mistyflower *looks at Parchheart in happiness* But now she's a warrior. *looks at Pinegrowth and Stormstar* So are we sending her to her death? *says in a mocking tone* -Dreampaw
StichxAngel4eva o-o-omg... how? i thought she was dead! but... just how? *faints*
Bluefire7777 wow amazing recovery parchheart maybe when i die u can bring me back alive lolz im just kidding im srry dd i ruin the moment? well is vry nice to hav u back parchheart im sure tanglescar would miss you alot if u satyed in starclan
Cinderstar wow parchheart died then came back wow
arcaninegal123 Yeah. Just wow.
Cinderstar agreed
arcaninegal123 Uh... I agreed with u. Not the other way around. :P
Mistyflower lol yeah you did -Dreampaw
Ninano1998 im so glade she came back!- starfur

Sweetbriar
added by TeamPeeta649
Source: The body was a free deviantart base, but all the coloring and text was done by me.
Andjelija in the New World
posted by Andjelija 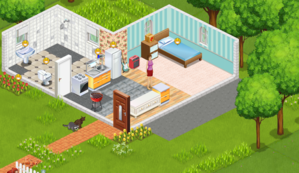 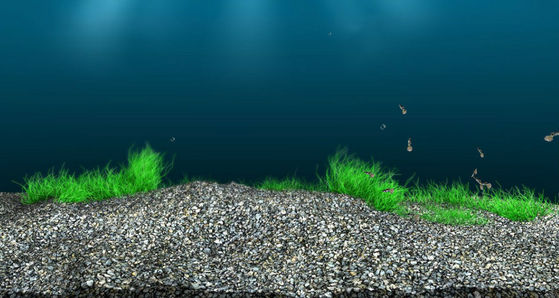 blackness engulfed Stormstar as an image appeared before her. She was standing near the river, on the pebles of the shore. Everything was blurry then from a distance, she saw a blurry vision of a giant bird of prey! It was twice the size of any cat but it was to far and blurry for her to understand what kind of bird it was.
"Stormstar! Stormstar are you listening?" Mistyflower's voice interupted Stomstars thoughts and her eyes flew open!
She was standing, in the center of Stormclan camp. Her clanmates surrounded her as they waited for Mistyflower to assign them to a patrol. She could just...
continue reading...
Where is Parchpaw? Part 2!
posted by ThunderCat 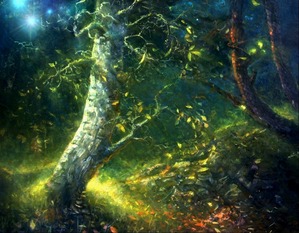 "Then you will be much easier to take down!" I heard a hiss in the undergrowth,...
continue reading...
I regret to inform you...
posted by iluvtony96
I'm sorry but you guys because of all you have done and all you have become im leaving. i refuse to be a part of this clan! you guys appoint a brand new warrior fresh out of her ceremony to be a warroir!! no offense to you fernflight but this...this is an outrage!! i mean you guys cant just do this and then the way you let the apprentices talk and the way they disrespect thier pier and thier elders!! its wrong! emberpaw is the most rude disrespectful cat i have ever encoountered!! adn the way stormstar was actign lately? she was an oppressive cruel selfish leader! i just...i feel this clan has left its morals to go to hell! 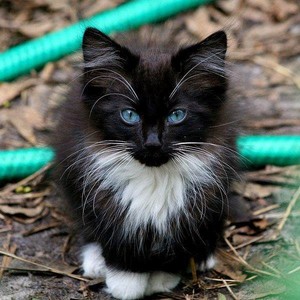 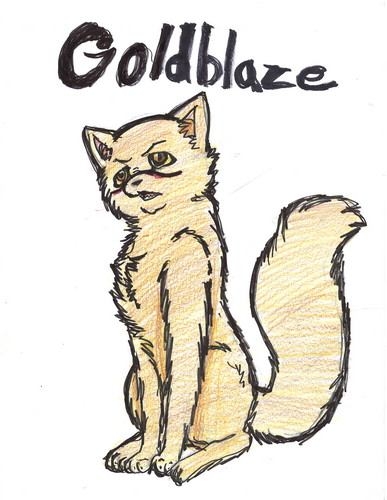 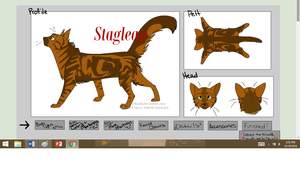 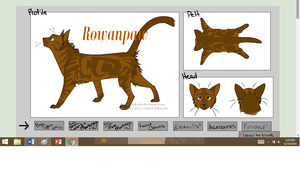 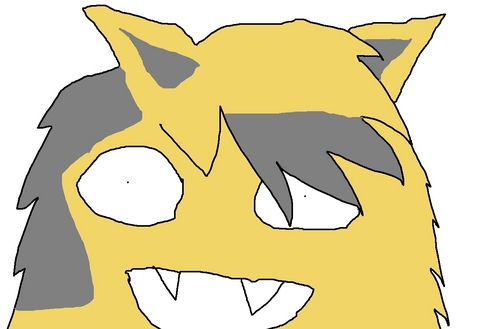 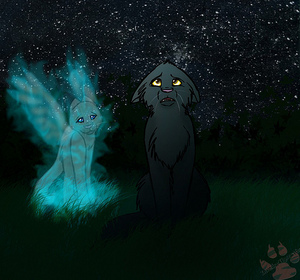 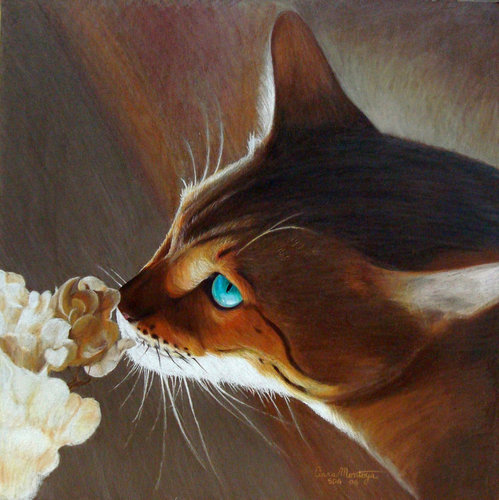