I woke up and stepped out. There was NO grass, just concrete, caves, and random beavers with large fur running about. I screamed and came out.
Noah came out
“What’s up?” He said, sighing.
“Seriously?” I said, pointing to the massive beaver.
Noah turned around. His pupils slowly going to the left side of his eye, his mouth in a small perch.
“WTF IS THAT?” Noah screamed, jumping up in my arms.
I rolled my eyes.
“Wimp.” I whispered, but Noah kissed me. I smirked, my lips even swelled in.
“SEE! MY LIPS ARE SWELLING UP BECAUSE I DON’T GET MANY NOAH KISSES!” I screamed, walking off.
I grinned at Alice, that walked out of her trailer. Alice grinned.
“COURTNEYS HAIR!” Heather giggled.
“Or.. I could get raynies locks.. Destiny, Alice and Lindsay are tooooo blonde for me!” Heather grinned.
“Excuse me?” I said.
Chris came down, in some lion skin thing. We all giggled.
He stepped out, and a beautiful girl was there.
She had a short aqua top, a short red skirt, and grey shoes and a grey belt.
She had amazing, smooth tanned skin and blue eyes, she had long dark hair, and was curvy, and skinny.
Alice and I stood, staring at each other.
“Who is she?” Destiny said, nudging me.
“Whatever.” The girl said.
“This is Jessica!” Chris grinned, Even Justin was staring.
“JUSTIN likes her!!” Destiny said.
“No duh, he is my cousin.” Jessica shrugged, eyes rolling.
“OMG Seriously?” Destiny said.
“does that mean like, you are brother and sister?” Lindsay said, scratching her head.
“No, it means we will die and seriously, she will WIN this.”

I wonder what the next Challenge is gonna be.
X_X

Seriously, Chris got up to do some messed up Challenge!! I mean, CAVEWOMAN! For effs sake, Chris! What next!

Seriously, To be continued.
w6wbscben likes this
taytrain97 lol OMG sorry I didn't read this... *counts on fingers* 26 DAYS AGO?!?! DAMN, being grounded from the computer STINKS! I'm gonna kill somebody if Heather steals ONE STRAND of my hair xD Can't wait to read the next one in my next TIE (Technical Integration of English) class! Man, I am such a computer nerd ;3
Tunic Man, I was ALMOST 'gonnagive up this TDA series writing, but i'll write anotherone :D
Tunic IAM BACK :D 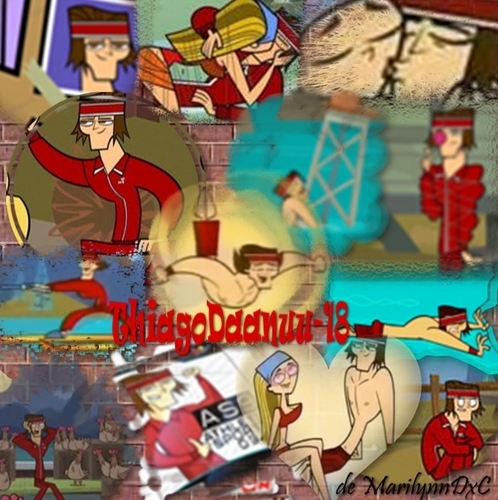 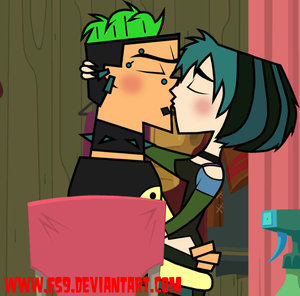 I woke up today, happy and refreshed. Duncan was already up, so he smiled at me.
“Thanks for yesterday.” I smiled at him.
Courtney went up to him.
“What did she just say?” Courtney said, then asking Duncan 101 Questions about who was I?
“Ok then campers.” Chris said.
Trent looked at me but I folded my arms, frowning at him.
He folded his arms back.
“Tension. Haha.” Chris said. He continued, “So. Come to the beach room in your SWIMMING outfit.” He said

Alice tied her hair up, as Alice wore a bright red and black striped bikini, with black sandals.
Raynie came along,...
continue reading... 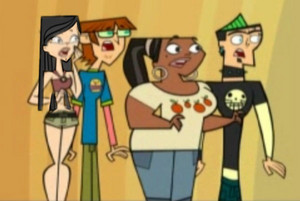 DxC
I CANT GET OUT OF THERE TODAY OR GET YOU OFF MY MIND I JUST CANT SEEM TO FIND A WAY TO LEAVE THE LOVE BEHIND I AINT TRIPPIN IM JUST MISSIN YOU ...YOU KNOW WHAT IM SAYIN YOU KNOW WHAT I MEEN YAH YOU KEPT ME HANGING ON A STING WELL YOU MAKE ME CRY I TRY TO GIVE YOU EVERYTHING BUT YO JUST CANT RELY I AINT TRIPPIN IM JUST MISSIN YOU ..YOU KNOW WAT IM SAYIN YOU KNOW WAT I MEEN YAH EVERY NOW AND THEN WHEN IM ALL ALONE I BE WISHIN YOU WOULD CALL ME ON THE TELEPHONE SAY U WANT ME BABE BUT YOU NEVER DO I FEEL LIKE SUCH A FOOL THERES NOTHIN I CAN DO IM SEARCHIN ROOM 4 YOOOOOOOOU I CANT TAKE IT WAT AM...
continue reading... 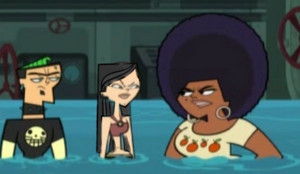 heather has hair in tda
added by TDAS1001 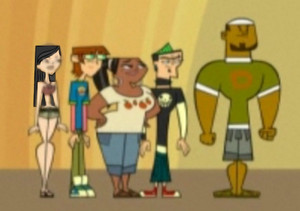 heather has hair in tda 5
added by TDAS1001
2
TDA Camp 6&7
posted by Tunic
*SPOILER ALERT SPOILER ALERT. I editted some of the challenges to hopefully find to my fans attractions. Thanks SO much for reading it means alot for me. This took me about 1 hour to write LOL and i'm starting on 8&9 RIGHT away! STAY Tuned for

8/9 might be a small episode because my airplane goes at 3am tomorrow, and i'll prob go to bed at 9pm today. So yeah. i'll definately make one. And if it's short, I'll split it up into Part 1, Part 2 and Part 3.
=D

I LOVE Treny&Raynie in this one LOL Courtney is awesome...
continue reading... 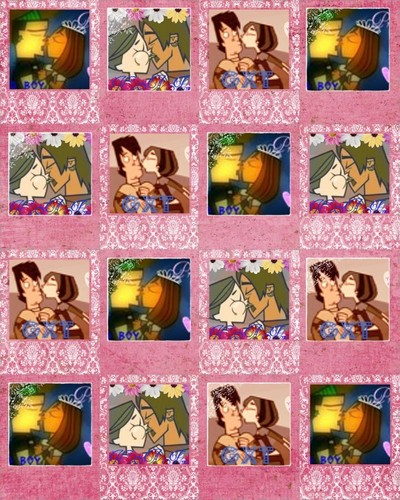 The best couples
added by FanCourtney100 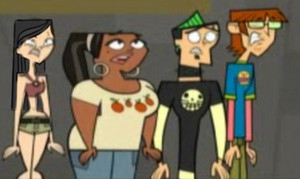 Alejandro and Heather
added by Duncan_Courtney
1
be my Fanpop friend
posted by gwentrentever
if u wanna be my fanpop friend comment plzzz...i have to keep writing or i cant make this an artical so just comment so u dont have to hear the rediculous crap im about 2 write but if u wanna laugh ur ass of keep reading k i ... have... a... TEAPOT COLETION i also wear a wizards cape when i play solitear I'D LIKE 2 SAY SRY 2 DARKSIIDEE,ROCKZSANDERS;LOLLY4ME2,FLO_AND_TRENT, EMISMA123 AND IF I FORGOT ANYONE IM SORRY AND IM ALSO SORRY IF I OFFENDID ANYONE!!!!! oh look now i have enough words to make this an artical so now u can comment if u wanna be one of my fanpop friends

JUST HANGIN
1
TDA Camp part two
posted by Tunic
Hey Darksiide! I'm sorry, I was going to leave Courtney to episode 12 BUT that'll be too long! So the story AFTER this one Courtney comes back!

Raynie’s POV:
-
*Confessional* SO glad I teamed up with Noah (and Alice, Cody).
He is pretty hott! *Hot flush, then she faints*
-
I woke up early today, about 10 minutes before Chris woke up. I quickly went to the shower, and got dressed. I sat outside my trailer, wondering what the hell Chris was going to do to kill me today.
“Good morning campers!” The agonizing voice said.
Alice soon came out of her trailer, along with everyone. She was...
continue reading...
3
TDA Camp Episode 13!!
posted by Tunic
13? WTF happened to 11+12?

ANYWAY.
No challenge this time! a WHOLE handful of DRAMA.
Courtney has a heart! Wtf?
Someone kisses Noah, and it WASN'T Raynie.

If you have ANY problems about this challenge being missed, PLEASEPLEASEPLEASE message me and I WILL do one! Two more days 'till Episode 14+15 are out, so i'll get more to write about!!

A free day of no...
continue reading...
1
Tda Camp 5
posted by Tunic
Raynie’s POV: I’m awake.
IT’S HORRIBLY HOT. Chris forces us to follow him to the next challenge.
He is dressed in a LOUSY cowboy outfit.
“Nice outfit.” Noah teases.
I think I have a cold, so I convince Noah to share his water with me. He is so sweet.
I try to kiss him but he tells me to bug off because I have a cold!
So, Chris leads us to a disappointed mule thing.
We have to jump 700 feet and LAND on the horse.
“As usual, Killer Grips, you can go first.” Chris smiled.
We groaned.
Trent went first, getting his legs in position, but he hit the floor.
Harold and Duncan hit together, Duncan...
continue reading...
1
EPISODE 15 OMG!
posted by Tunic
Yes, 15 IS coming. so check back later so I can edit this!! About tomorrow OR friday this'll be done. NEXT wednesday is my bday, saturday&sun is my party, thursday I have a club after school, so I am busy.

All made up girls, And credit goes to TDA!

Oh gosh.
I woke up in my tent again. It was SO dark and it was.. 6am! WTF?
I went back to sleep.
No, I can't..
But I can't be bothered to have one now!...
continue reading...
Important total drama action breaking news
posted by gwentrentever
EVERYBODY IS GONNA COME BACK 2 TDA proof:ya know how courtney was in the opening kissing dunkan well at the end of the opening everybody (all 22 campers)
were sitting on the bleachers of the aftermath so they are all coming back i just figured this out while i was writing a difforent artical omj im so EXCITED r u comment please look at the opening pic below holy sh*t wow!!!!!!!!!!!! omj im so excited to watch the rest of the episodes after there done postponing but wow everybody comes back arent you excited plzzzzzzzzzzzzz comment 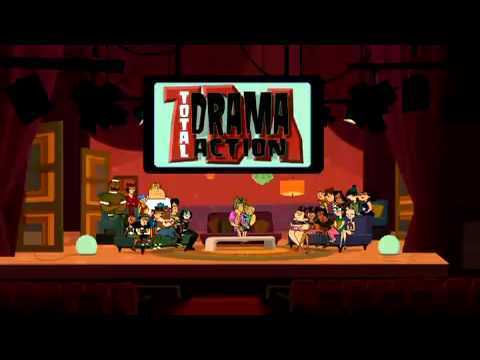