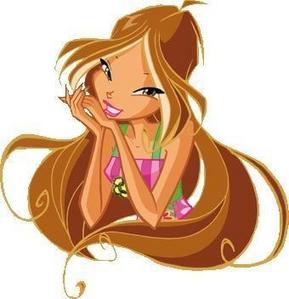 Previous Chapter:Helia and Karel had a discussion for Flora. After the guys leaved her alone as she wanted, she goes all sad for what happened. Flora goes to the Magical Garden where Layla, Chatta, Rose and Rosella are. Layla gets to know why the Magical Garden is so special for Linphea. After hours Layla and leaves Linphea. Flora has a talk to Rosella,her mother, about what happened with the guys. Flora now wants to concentrate on the werewolf that has being attacking the villagers.

Flora knew she had to find a solution to her problems. The fairy of nature kept thinking about all the things she had this days; Helia, Karel, werewolf, sister, mother. She couldn't know how to handle two guys fighting for her, or at least that's how she sees it. But right now, she needed to solve the problems that was scaring all her people, the werewolf. Flora had been so sad about Helia and Karel she didn't think about that. All her people were in danger, she needed to help them first. This was and is her home, her family, and family is first.

At the next morning Flora woke up with hopes of solving all her problems. Seeking for the happiness and joy who were hiding behind those negative feelings. This wasn't her, and she was going to change that. Flora stood up and sense the smell that came under the door, that smell was so good. The smell chased her nose; eggs and fresh toasts. She ran down the stairs and entered the kitchen just to see Rose, Rosella and.... her father. "FLORA!!" Rose yelled "Father is here!!!" she exclaimed. "I can see that" Flora told Rose while looking with a smile at her father, then she went to him for a nice embrace "I missed you so much" she murmured in his ear. "Me too honey" he said while he contemplated the embrace and the affection of her daughter that hasn't seen in a long time.

Flora sat down besides her father, so did Rose. Her father, Klaus was strong and had the same color as Flora, he always wore brown and green. He had the figure of a greek statue. For everyone in their home planet, he was their savior, their guardian. All the people counted on him and Klaus never let them down.

"So... how is it going in your school?" he asked Flora while he entered to his mouth a piece of eggs and toast. "You mean Alfea? Well... is going great. I have lots of friends" she said very cheerfully. "Friends? Uh, that's great honey" he looked at her with a grin on his face. Flora blushed for seeing her father in such a long time, and talk calmly with him without getting interrupted for someone who needed him for their missions or battles against monsters or other planets. In the other side, the food was delightful for the taste of her tongue. This day was going perfect for her, at least for now.
After eating, she took a shower and meditate about what she was going to do with that werewolf. But little she was concerned about her father not asking her or telling her that problem.

Flora took her phone and put it in her pocket and leaved the house. She was heading to the village and this time she hoped no one will step in front of her way. She decided she would get more faster there on a giant ladybug flying. And after minutes of walking she founded them and hopped on one of them. The ladybug went flying and dodging the trees that came in front of them. It took 10 minutes of flying until they finally arrived to the destination; the village.
Shock was written all over the face of Flora when she hopped off the ladybug and saw all the damage that supposedly the werewolf did. The people were sad by all that happened and were trying to fix all the damages. Flora was dazed and began to walk around the people to see what the werewolf did. A man was on his knees and his hands on his face crying. "What happened here?" she said while she layed a hand on his shoulder for support. "That werewolf again" he said like if it occured everyday. "When this happened?" she asked to the poor man "At night, it was full moon but this time he seemed more angry than before" he pointed at the houses and things that were destroyed by the werewolf. "Don't worry, I will help find that werewolf" she said with a hope on her face. "Wait... are you Klaus's daughter?" she nodded at him "Thanks, cause I know you will" he said while he hugged Flora's knees. Flora blushed a little for the sudden affection.

Flora helped the villagers with her powers. Everyone was stunned that she was Klaus's daughter cause everyone saw her when she was little and now she is a grown teenager. Lots of the villagers didn't have the powers that Flora had, but some of them had some other certain powers. The fairy of nature was happy to helped them and to get to know them better since she hasn't had time to visit more frecuently.

After helping and getting to know them better, she started to plan something with the people.
"So... this is what we are going to do... " she told them in a low voice so no one could hear them. The night was coming and the people were more scared now, Flora was secure her plan would work. It was full moon still and she knew the werewolf would come to seek for that girl. Some villagers were closing their wooden windows and doors and locking themselves in there, hoping that for somehow, Flora could defeat this werewolf.

One hour passed and nothing, but Flora was still standing in middle of all the village to be seen by the werewolf. Nothing. Some people started to believe he wasn't coming anymore. But.... a howl was heard loudly, and then the people locked themselves again. Loud steps were being heard coming more and more closely. Flora could saw his shadow going everywhere around her, running side to side. But then...


It appeared in front of her. She got scared but recovered forces again and did a giant green wall to protect the villagers and their houses.

Hey again!! So what you thought about this chapter? What do you think is going to happen to Flora and the werewolf? And who would you like to see with, Helia or Karel? ;) Answer me this questions. 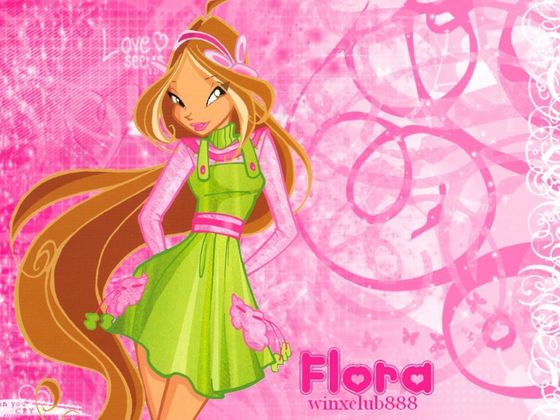 musa10123, rochchick and 12 others like this
ruxi23 love it you write great storys
ruxi23 i like that flora will live helian. i think the wolf is looking for flora
ruxi23 thhe wolf is karel
bloominthewinx2 I say helia is perfect for flora not karel in tomorrow im going to read ur stories boricua ;o
bloominthewinx2 uhh i think klaus is roxy's dad can u write another dad name? or just leave it there? ;o
FloraBoricua I didn't know roxy's dad had that name. I tried to invent some name but, I don't know... if you can find me some name that has to be with nature for him, I will be glad to name him that way then
5
Sophie's entrance part 5
posted by Winxlove
Continues from the last part.I hope you like it!

*stella running*
Stella:I can't believe that Brandon could do something like that to me !I hate him!

*the other winx*
Layla:Hey did I wronged or i saw Stella running and crying?
Musa:What?
Bloom:Girls,we better go to her! 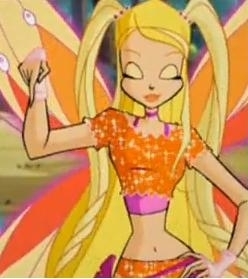 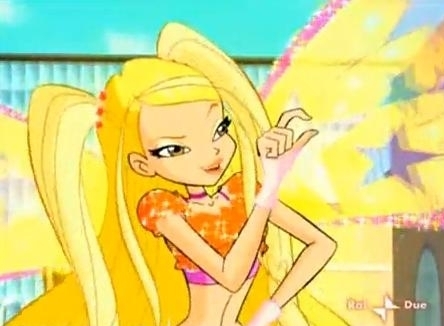 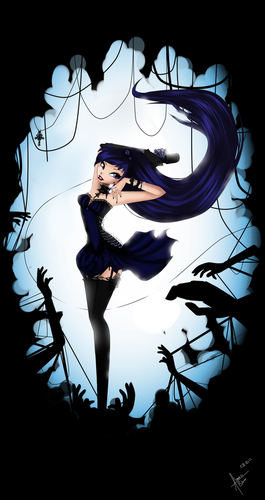 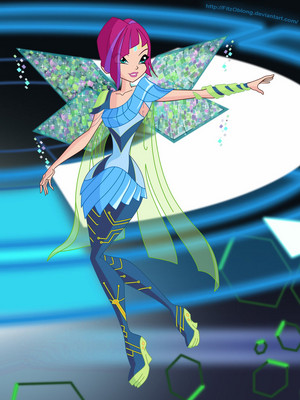 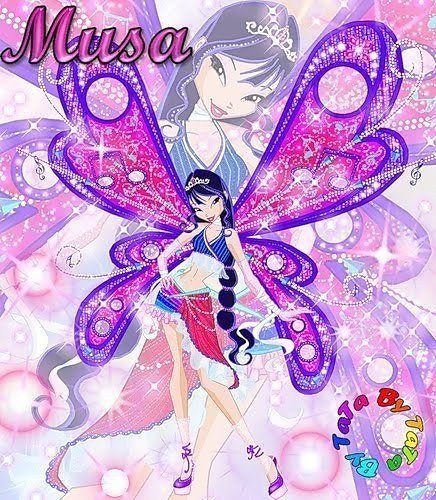 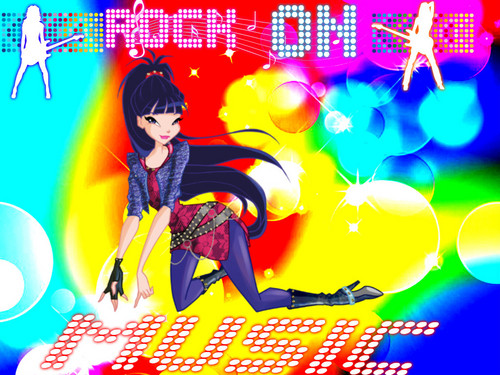 1
musa rock on
added by winxclub117 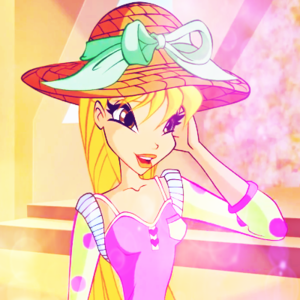 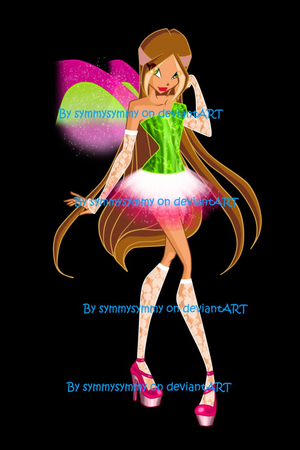 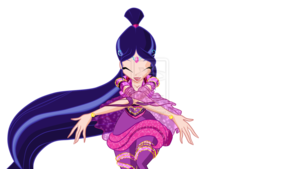 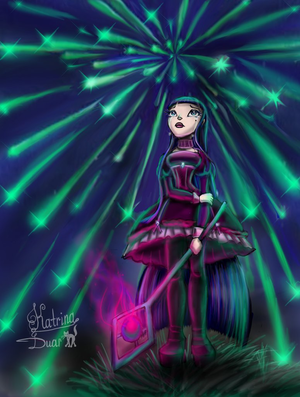 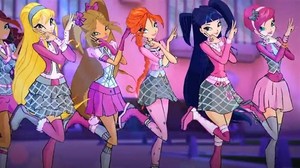 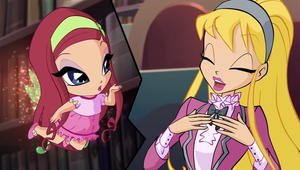 3
Stella and Amore
added by SummerThunder 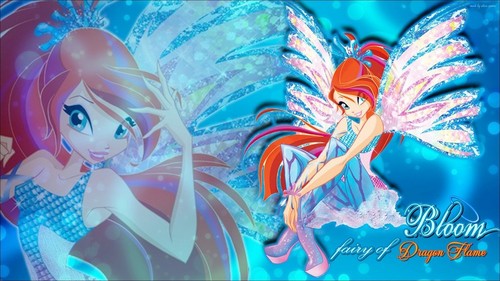