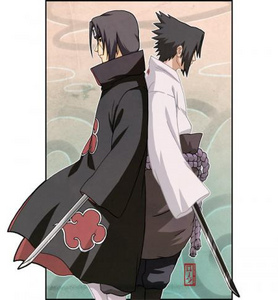 the life of an avenger...Sasuke is driven with revenge....
Sasuke-kun's profile from databook 2.This is not my article but do try to rate and comment,I'd appreciate some views,enjoy.
Uchiha Sasuke pg 44-51

For me, there is my own path

The mind that desires revenge sweeps down to darkness

The genius that inherited the Uchiha blood, the elite who was the top graduate of his school, countless words of praise, eyed with anticipation and jealousyAlso, the warmth supplied by his companions, despite the blinding brightness giving off of these, there is a shadow in Sasukes mind that cannot be erased.

Chidori to fell Itachi-the white light glows against a face filled with hate.
(Pic of Sasuke with glowing face)
Only to kill you.as you said, to blame and hate you and

The shadow of revenge caused by Itachi. The shadow becomes darkness, and the mind surrounded by darkness denies the light. Unless that darkness disappears, there will be no days full of light to visit Sasuke.

The cutting glare he gives to the Sound that attack him. He doesnt lose his composure but unlike him, he is emotional. Is it because of the intense confusion in his mind?

If you keep at it, I wont let you off anymore. Im feeling very annoyed right now.
(Pic of Sasuke talking to the Sound)

Pg 46
A place found in the battlefield

Sasuke fights with the Sands Gaara during the destroy Konoha fight. Sasuke fights above par against the attacks. The Uchiha gift, the Sharingan and Chidori are evoked forth in splendor.

The third Chidori
A third Chidori means death. Then why does he go against the forbidden number? It is not to survive. The Chidori used to protect his ninja way shines beautifully. At the same time, his body cries out as it reaches its limit

Pic of a spotty (owner seal infested) Sasuke)
The attack that cut through the freaky sand. The price is the taking over of the owner seal.

Companions
Sasuke, who only had power for revenge, becomes stronger because of his companions. His true place would have been a future among them.

I once lost everything. I dont want to see my special companions die again in front of my eyes.
The young lion opens his eyes with the lives of his companions in his hands.

To find that Itachi is interested only in Naruto surprises Sasuke. This seems to state that the value of his existence falls below Narutos. Thoughts of denial give birth to jealousy.

His weakness. The eyes of his brother in this thoughts make him feel this acutely.

The blade of reality that cuts into his heart

The reunion with Itachi opens Sasukes eyes to reality and brings on devastating conclusions. The Chidori he trained for so meticulously barely scratches him. The incredible gap between skills renders him useless. Disappointment in himself fills him. And despair descends upon the bright future with his companions..

It hasnt lessened even a little , what is this difference? The same as then
(Pic of Sasuke throwing up blood after attack on Itachi)

For Sasuke, Kakashi is the teacher of Ninjas. But he knows that even more than that, Kakashi thinks of him as would a parent. That is why his admonitions fall more heavily on his ears but yet

(Pic of Kakashi)
Sasuke, Give up on revenge.

ITs not as though he does not understand his teacher. That is why he feels anguish.
(Pic of Sasuke in thought)
Damn!

The temptation of the Sound
The evil teeth that sinks into the anguished and despairing mind of Sasuke. Orochimaru can give you power with just these words, Sasuke sees hope even though this might be temptation into darkness that cannot see light.

(Pic of Oros eyes)
The Oros eyes that appear before Sasuke. It seems to pierce through him and tempt him.

Pg 49
Separation
Towards darkness The one to appear before him is Sakura. She confesses to him as he tries to leave without looking behind him. She confesses with a blindingly uncompromising mind that does not want to lose him. The one that filled his lonely existence was Sakura. But he cannot let her in. He leaves with just one word of thanks.

The days when the light shone
In Sasuke room there is a picturethere are companions, a teacher and he who is not alone. This symbolizes the young(genin) days he spent at the Leaf. He lays flat this picture the day he leaves. Quietly, but for sure, he is saying goodbye to those days.

(Pic picture frame)
This was just a simple picture but it was still something special to Sasuke.

(Pic of Sasukes back)
Ive walked the path with companions. Now I walk the lonely path of revenge.

Sakura who needed him to the very last. His words were real.
Thank you

pg 50
Severing all ties, leaving behind his companions towards the path of revenge

Dreams with friends
Friendship and love, a future filled with warmth. But as long as he is there, he cannot make his dream come true. This is why he throws away a future with his friends. To make dreams of revenge a reality

Power needed to make his dream come true. To fell a brother who dirtied his past with blood and filled his future with despair.

(A young Sasuke riding a piggy back on young Itachis back)
My dream is in the past, it exists only there.

His brother who was everythingand the one who took away everything.

Itachi who pokes at Sasukes forehead. That gesture shows clearly the relationship between the siblings.)
(Pic of young Itachi poking forehead of young Sasuke)
Forgive me Sasuke, next time.

Even within the strongest Uchiha, Itachi is still the stronger. That brother is the object of idolatry for Sasuke as well as that of jealousy. With his brother as his goal, he develops step by step. Because of his brothers great existence, his father did not look at his own existence. Anyway, his brother exists and so does he. Itachi was everything his world for Sasuke.

The day Itachi killed his family and the clan a bloody shadow settles in his mind. As long as his brothers existence does not disappear nor will this shadow.

(Pic of dead parents and Sasuke)
The sadness of watching his mother and father killed in front of his eyes, no one can fathom its enormity.

At the ends of fate, the attack that is let out at the finality!

The release of power

One reason that Sasuke went to Orochimara is the owner seal. The incredible power that comes with physical pain. Even knowing the dangers of this, Sasuke feels exhilaration. At the Valley of the End, he lets go of the power of the seal and reaches stage two. The destructive power that flows through his whole self satiates his ambitions.

The rising Chidori
The 'blade' given to him by Kakashi to protect those special to him. A darkness imfusd Chidori lets out not light, but darkness, not chirping but a roar. Ironically, it is used to sever all ties with his companions as well as that with Naruto.

The Chidori become the wings that help Sasuke fly towards darkness.
(Pic of stage two Sasuke with black Chidori)

Toward endless darkness
The village, companions, Naruto, by his own hand he severs all chains and heads towards his goals. In the darkness, his new ninja way begins. 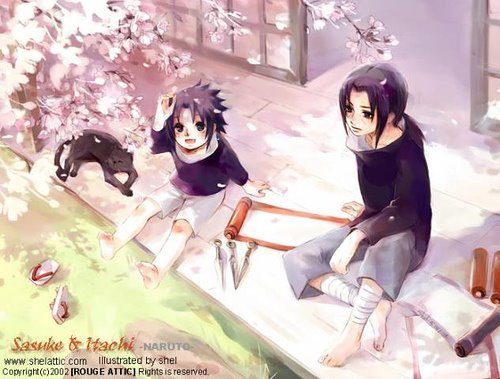 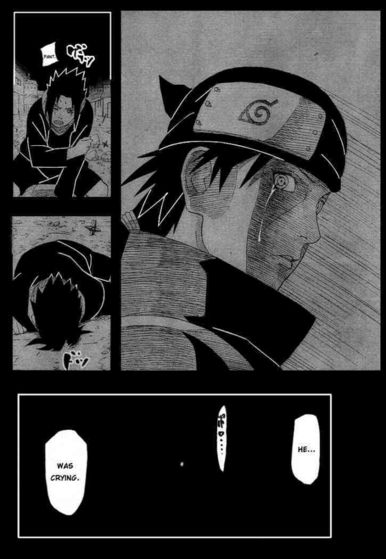 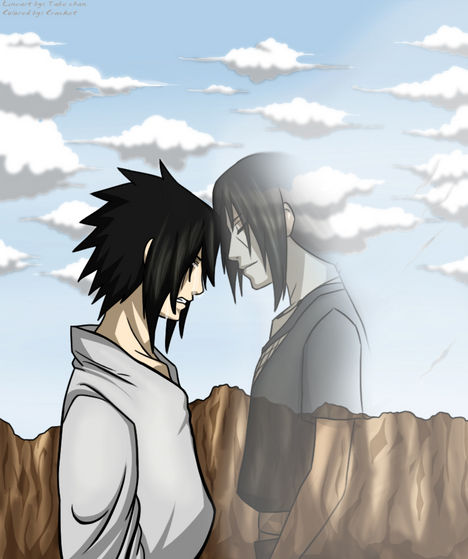 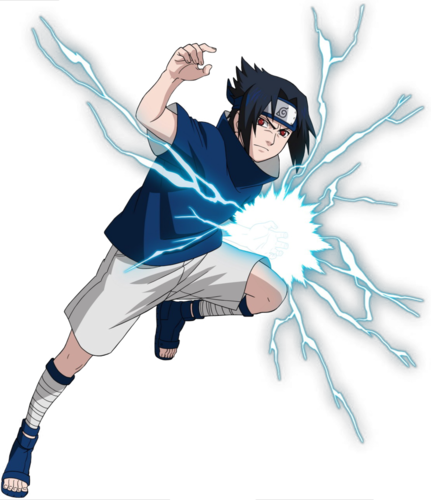 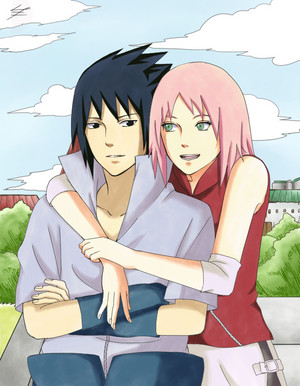 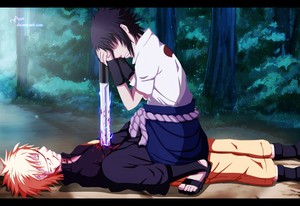 4
Sasuke is the BEST
added by sophia13 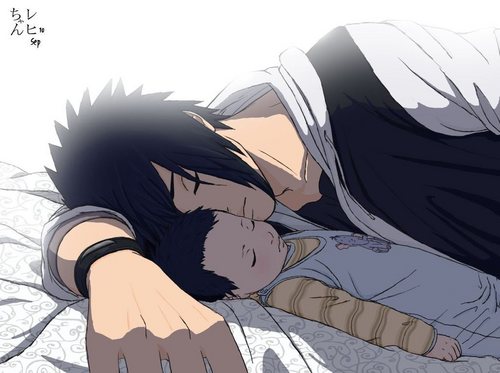 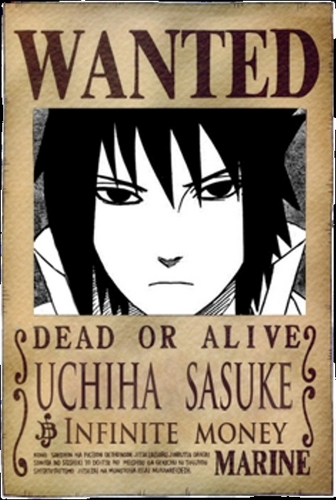 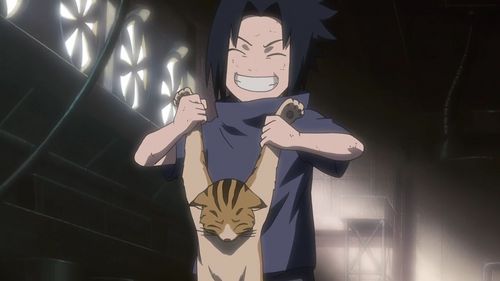 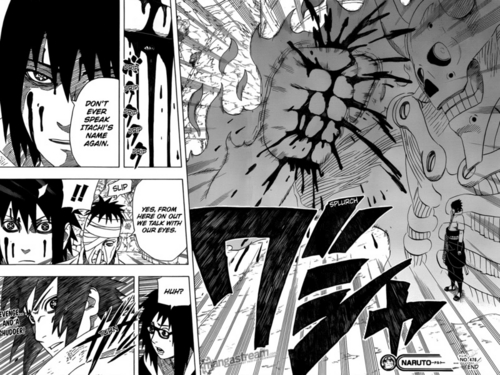 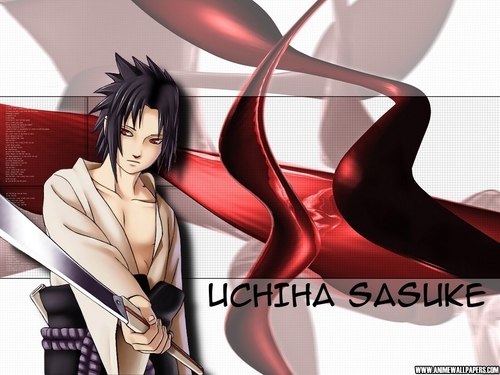 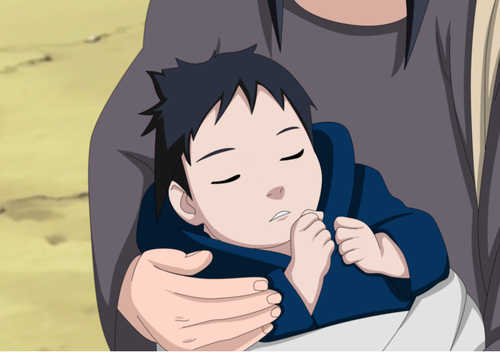 1
sasuke when he was a baby
added by Sasunaru120 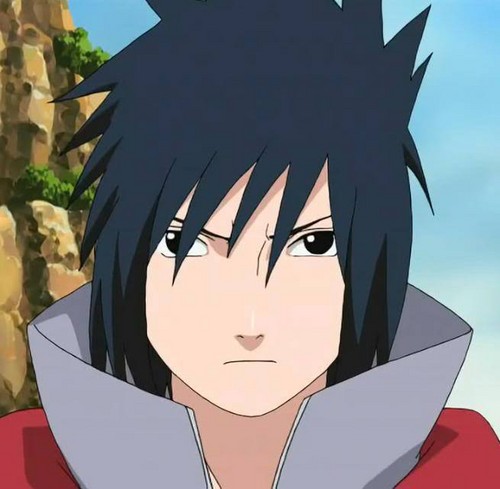 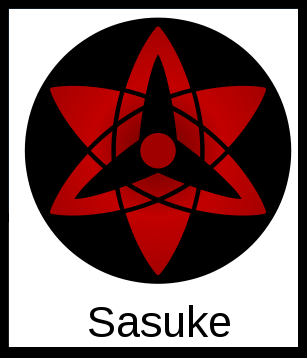 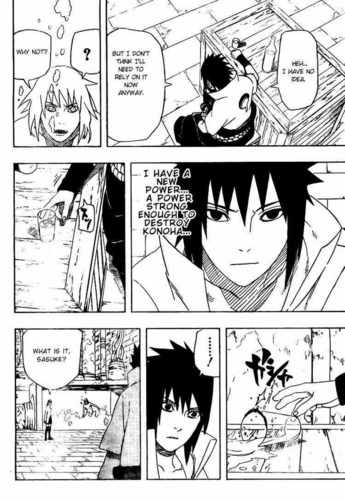 2
sasuke is the best
added by rbdss 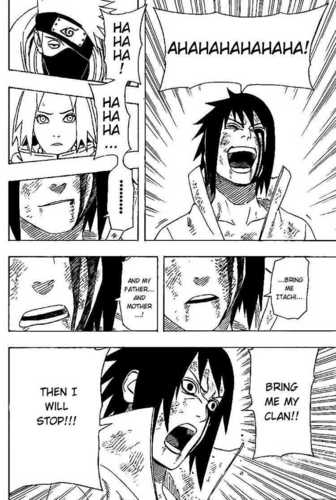 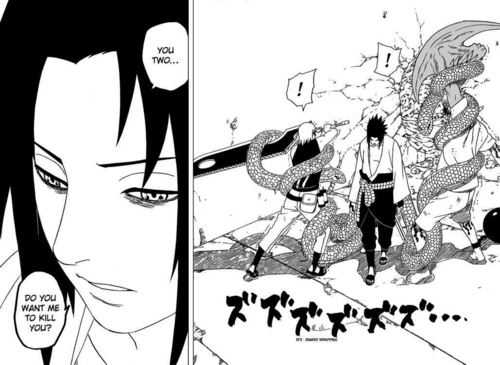 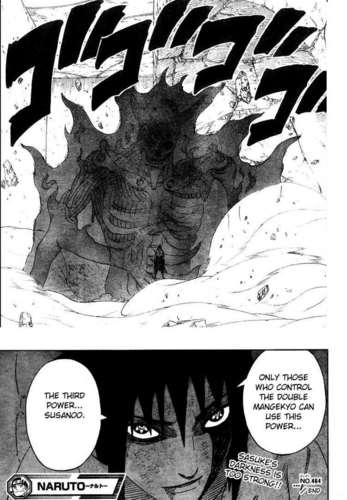 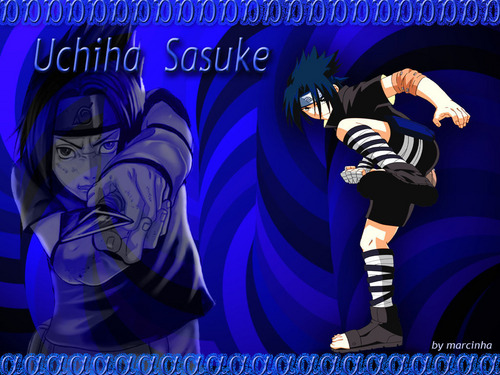