Trustworthy
posted by FreeAwesomeness
“Shinrai! Wait!”
Shinrai turned around, only to find Mura running towards her. She sighed, and braced herself for the music-obsessed girl to slam into her once more.
CRASH
“Yep, just as I thought.” Shinrai told herself under a very tired, brunette girl. “Why can’t you ever learn to slow down and then stop like a normal person?” Mura panted some more before answering. “I’m not normal.” she replied. “Well just stop following me, OK?” Shinrai snapped as she threw her converser off her and got up. Mura fell over again. “But you said I could come to your apartment this time!” she protested.
“No I didn’t!”
“Oh yes you did!”
“When?”
“Just this morning at school! Remember?”
“No.”
“…Whatever, take me anyway!”
Shinrai sighed again, and began walking once more. “Fine. I’ll take you to my apartment. But you’d better keep up and not complain to me when it gets boring.” she said. “It won’t be boring!” Mura replied happily, following.

Ten minutes later, Mura and Shinrai were in the apartment. Mura was looking at the CDs and movies Shinrai had around. “Do you like Vocaloid?” she asked after looking at a CD with a cover of Hatsune Miku on it. “Yeah. Why?” Shinrai said. To her annoyance, Mura just shrugged. “I’m into it too, so I was just wondering if you had this cover for no reason or because you do actually like Vocaloid.”
They spent about an hour on the sofa afterwards talking about music and Vocaloid. Shinrai tried her best to sound interested, even though she knew she didn’t look or feel it.
“Shinrai, do you have a tragic backstory or something?”
She snapped into attention. “Is that a trick question?” she asked. Mura shook her head. “It’s a ‘yes or no’ question.” she answered. “And whatever the answer is, I wanna hear why.”
Suddenly, the brown-haired, blue eyed girl looked very stern. “I wanna know why you’re always such a jerk to everyone.”
Shinrai sighed again, and looked down. “Alright, yes, I did have a tragic backstory.”

It was the first time she had ever said that to anyone.

“What happened?” Mura asked. She reached out to grab Shinrai’s hand, but then decided it was not a good idea to do that in a situation like this. “It’s not something I’ve ever said to anyone.” Shinrai said quietly. She was obviously very reluctant to get this out. “I won’t tell anyone. Promise…” Mura said. “Only…you don’t trust anyone.”
Shinrai shook her head. “I’ll tell you why I don’t trust anyone.” She started the story…

“I was always very gullible. At school, I would fall for anything anyone told me. This got me into trouble numerous times, and I was even expelled once. When my kindy friends first discovered I could fall for anything, they made me forget my sports gear one day, and I got in big trouble. Other tricks on me consisted of telling me it was OK to get terrible grades, making me not eat my lunch and then throwing it away behind my back (which was a terrible waste, I must say), making me eat insects and plants, and all sorts of other horrible things. The worst trick ever played on me was probably when I was told a boy had a crush on me. I confronted him, and this ended with years of humiliation once word got around. After that trick, not just my so-called ‘friends’ were tricking me, but everyone at school was. Even teachers. My parents looked down on me for my gullibility, and I was sent to an orphanage. Being abandoned just because I couldn’t tell truth from lie…really didn’t help. After that, I trusted no one. I broke up with the people I had proclaimed to be my friends, and never let anyone who visited the orphanage adopt me. Knowing my biological parents didn’t want me and not trusting anyone made me realise that the world is full of only fake people and lies.
Years passed, and eventually, I tired of the orphanage, and began to work for the environment. I was paid well for this, as I had done it all independently. I told my keeper I was leaving the orphanage, and was going to live by myself. I doubt she missed me.

I bought this apartment, and enrolled in the high school we go to. Still, I won’t let myself trust anyone, because I know I’m still very gullible. That’s why I can’t let my guard down. It’s why I won’t.
I told myself I couldn’t communicate with anyone, and if I did, the consequence would not be a good one. Only, you noticed me. And over the months that we’ve been in the same class, I must say, you’ve been very persistent.”

“And, that’s my life story.” Shinrai ended it. “And if you think you’re going to cry, please don’t let me see it, I’m not one for tears.” Mura nodded. “It’s alright, Shinrai. I won’t cry.” she said. “But, I must say…that was a very sad backstory you just told me.” She slowly edged her way closer to the girl who had always hated her…always found her so annoying…always tried to avoid her…
“Shinrai…” Mura whispered nervously. “…Yes?”
“I…I…”
“What?”
“Nevermind…”
“Oh, O—”
“WAIT!”
“Mura, if you need to say something, say it before I kick you out.” “I love you!”
Shinrai was silent. Her blonde hair whipped around her face as she snapped her head in Mura’s direction. Mura was looking at her hands folded in her lap. Underneath her fringe, you could see she was blushing bright red. “I…I love you, Shinrai.”
Shinrai stayed silent, and rather shocked for a moment, before she leaned over, and gave Mura a hug.
“You are…the first person…who has ever said that to me.”
Mura returned the hug, and nuzzled Shinrai’s shoulder. “No matter how mean you were to me…I couldn’t get you out of my head.” she replied. “I soon realised I was in love with you…and you know how bad I am at keeping things secret.”
Shinrai chuckled, and pulled back. She cupped Mura’s face in her hands, and leant forward…
Their lips met.
Mura’s eyes widened, and she froze for a moment. Then she relaxed. She slid her arms over Shinrai’s shoulders, and pulled her closer.

If Shinrai couldn’t trust anyone else, Mura would let her know she was there for her. 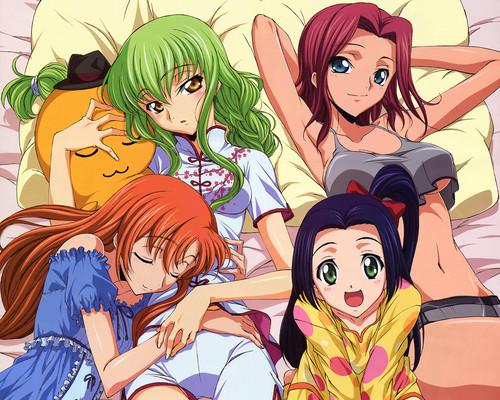 9
form here and there
added by saya_haji 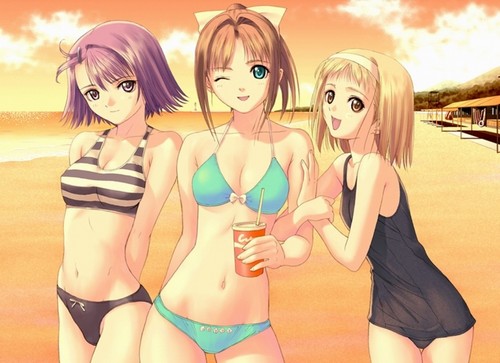 6
form here and there
added by saya_haji 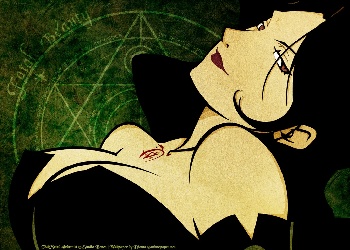 2
form here and there
added by saya_haji 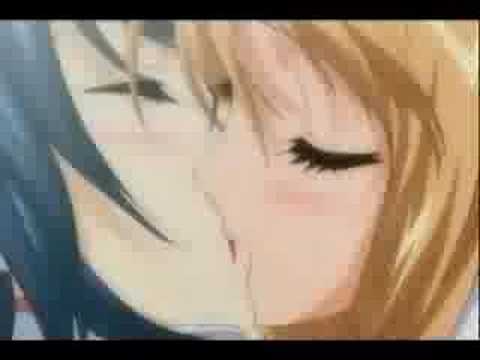 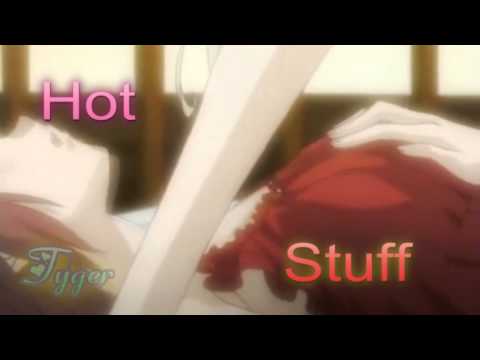 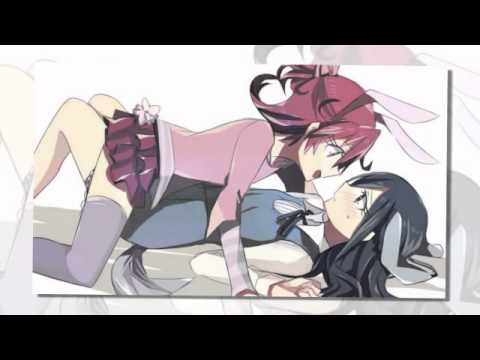 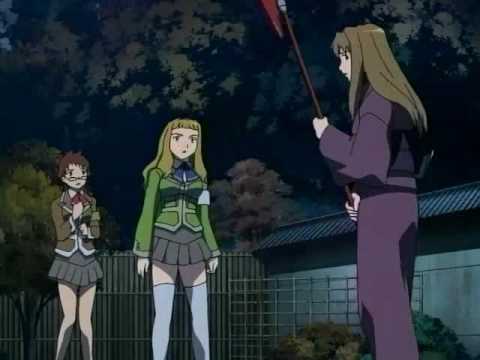 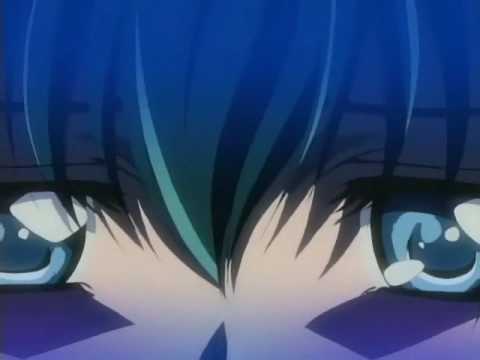 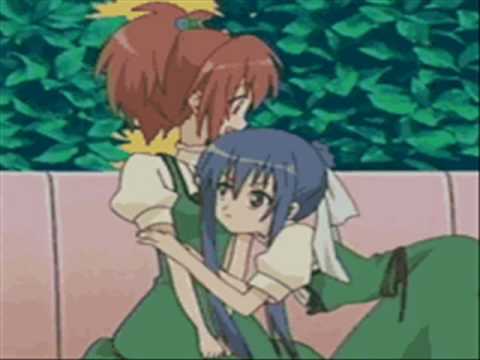 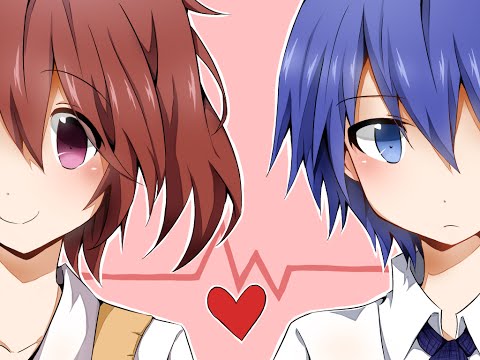 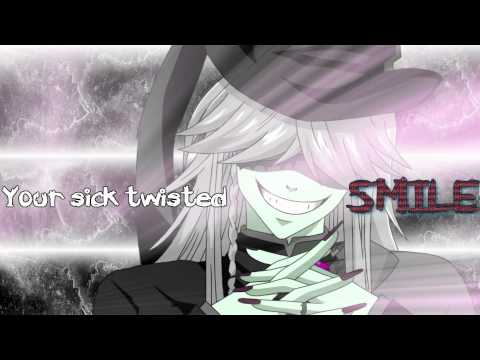 Nightcore - What Lies Beneath
added by LorMel
video 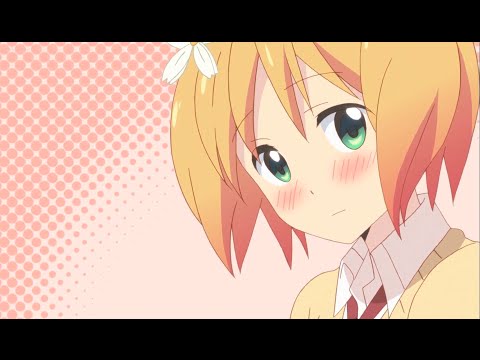 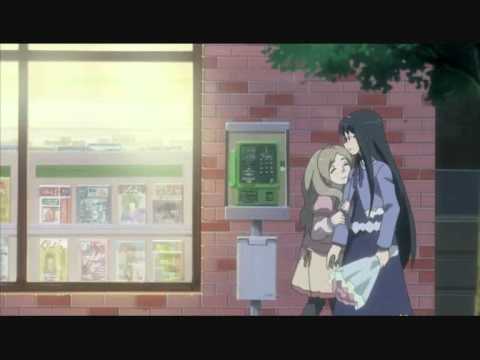 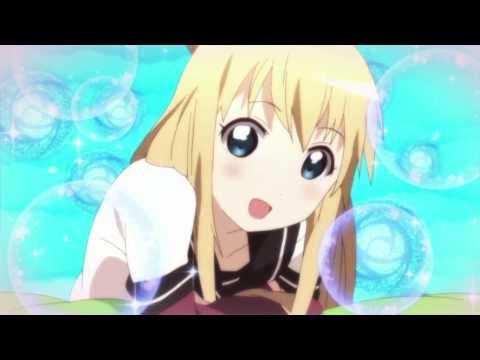 Yuri amv 1000 ships of love
added by KandiGhostcat
Disclaimer: This is not mine. It belongs to Church of yuri. I like this video and the song. Not all are yuri but that's okay.
video
amv
yuri 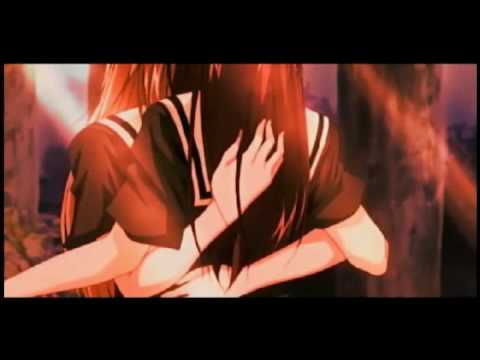