As you may know that Avril Lavigne has dominated the music department in 2002 with Let Go and its 3 number 1 singles, Complicated, Sk8er Boi and I’m With You. Plus, Losing Grip with is her most serious song of all her Let Go era songs even though Losing Grip doesn’t do great in the charts and the music video released on the awful 2003 date instead of a very good fall 2002 date. But hey, Losing Grip works well as a late Let Go single since general public has no faith on Losing Grip.

Flash forward to today where Avril Lavigne spawned 5 albums including Let Go which I mentioned earlier. With more than 41 million albums sold worldwide since 2002, as of today, Avril Lavigne is considered a fan favorite artist.

However, Avril Lavigne is a tough artist to sell in the music public. You see, America is a very tough place for Avril Lavigne and her music since America has no faith on Avril Lavigne and her music like Girlfriend. Complicated was very lucky though since Complicated is the most listened Avril Lavigne song in the public even by today’s standards as well as her debut album, Let Go sold more than 6 million copies in the US as of today (great album by the way). Plus, her most successful song of all time since 2007, Girlfriend, Avril Lavigne’s lead single off of her third album, The Best Damn Thing. There’s also Sk8er Boi from 2002 since this song was her second number 1 single as well as becoming a big hit song during fall 2002 along with other great songs from 2002 like Kelly Clarkson’s A Moment Like This. I’m With You is without a doubt the best Avril Lavigne single by public standards and even her fans’ standards. It even got a 2004 Grammy nomination but lost to Christina Aguilera’s Beautiful. Let’s not forget Arista who did a wonderful job making this fabulous album which is Let Go in 2002.

So Avril Lavigne’s plan was to move away from the dominating early 2000s music formula by the end 2003. The next line-up of her albums wouldn’t be early 2000s music starting with her second album, Under My Skin. Under My Skin which is her sophomore album is the album that fans loved the most thanks to her brilliant songs from that album like He Wasn’t. Plus, her third album, The Best Damn Thing is where she gets to go back to making her hilarious bratty punk rock songs like Hot in 2007 since we have Girlfriend as I mentioned earlier. Girlfriend topped the Hot 100 chart in 2007 and sold more than 3 million digital copies in the US. Then she will be working on her fourth album, Goodbye Lullaby where she gets to work with Max Martin and work on her powerful pop rock mature materials like Wish You Were Here. After that, her fifth album brought us her really funny bratty pop anthem comebacks like here’s To Never Growing Up and Rock N Roll along with her first collabo single called Let Me Go featuring Nickelback’s Chad Kroeger since he and Avril Lavigne was married last year as well as other exciting fifth album surprises that will make her fifth album the most diverse album yet…

Unfortunately, the plan didn’t quite work out. By 2004, Sony Music Entertainment and RCA (for Under My Skin, The Best Damn Thing and Goodbye Lullaby) had put many executives in charge of Avril Lavigne causing Avril Lavigne to move away from Arista during that same year and Arista lost Avril Lavigne and her second album, Under My Skin which Arista and Avril Lavigne has been worked on since 2003. Many of them were biased against Avril Lavigne and saw her as an artist that Sony and RCA wants to forget about causing Avril Lavigne songs only appeal early 2000s music and not her entire music industry in general like 2010’s Alice and Sony Music only wants big names like Britney Spears and RCA like Kelly Clarkson, rather than a Canadian artist that makes wonderful pop rock music since early 2000s that other artists like Taylor Swift couldn’t. As a result, Avril Lavigne’s music environment became worse and worse, and Avril Lavigne’s post Let Go era materials in general like Goodbye Lullaby took a hit…

Her second album, Under My Skin is a huge mess in 2004 despite the album sold more than 3 million copies in the US and fans loved the album and RCA killed Under My Skin by putting in alot of post 2002 materials like Don't Tell Me causing Under My Skin to lose her sophomore outputs 10 year ago. General public like MTV along with the internet has no interest to that album either and her last Under My Skin music video for He Wasn't only released in the UK in 2005.

Her third album, The Best Damn Thing, lost Avril Lavigne fans after bashing her very funny song Girlfriend came out in 2007 as well as her ballads like When You're Gone that can easily damage her third album in 2007.

Then Goodbye Lullaby sold poorly 3 years ago after RCA pushed back that album several times causing her fourth album to release on the awful 2011 date and lost her number 1 2011 singles fast before RCA threw Avril Lavigne out the window.

Avril Lavigne’s tenure was ambitious, but ruined by Sony Music’s executive interference and the aggressive “I hate Avril Lavigne-ification” of Avril Lavigne as a whole. Avril Lavigne was no longer that Canadian maker of fine pop rock music for everyone; she was now a “bratty punk rock songs” empire. Why can't Avril Lavigne songs keeps getting better anymore? Now the only way is inventions. Even the internet like Vevo couldn't save Avril Lavigne's publicity from that dreadful Sony Music. I mean, why can't people listen to music on the internet is what music sells? I'm tired of publicity is what music sells. Publicity like twerking ruined music is huge in America appearance. People listening to music on the internet like YouTube and Spotify should've dominate the music industry. Blast you, America's music publicity.

It seems that there are some facts about the Goodbye Lullaby era and the self-titled fifth album era since 2010s decade has ruined Avril Lavigne’s 2010s outputs for some reason thanks to bratty songs like What The Hell for ruining Avril Lavigne's comeback. Take a look.

You see, Goodbye Lullaby was pushed back a few times due to different reasons. There was a rumoured date around November 2009, but since she got divorced, she “disappeared”, made more songs (Remember When, Goodbye, Not Enough) about the breakup and she was ready to release it in June 2010, with the first single being released in April. But RCA sent her to Sweden to work with Max Martin because there wasn’t a “hit material”.

In summer 2010, she worked with Alex Da Kid and Skylar Grey (she posted a video about it), and there was rumours that she was working with Pharrell Williams and some other rapper. She disappeared for some extra months and in fall 2010 she release a blog entry where she explained what happened. She only used Max Martin songs from those “summer sessions” and being 4 out of 13/14, but being used as singles.

Then after Goodbye Lullaby tanked the charts after releasing it on an awful 2011 date instead of the 2010 date that Goodbye Lullaby should’ve been released on, she confirmed that she had finished the album around after working with The Runners a few months (late 2011, early 2012) and a few weeks with Chad and David (the Tripod) in February-March 2012, and then she went to France. After that, she went back to studio with the Tripod team and the album was confirmed to be finished in fall 2012, even by L.A. Ried himself.

But in January 2013, she went to work with “other guys” like Martin Johnson, J-Kash or Matt Squire. Then at least half the album was changed and we know the self-titled fifth album as it is.

I understand why music listeners are very proud of other artists that are better than Avril Lavigne like Taylor Swift based on the works for the general public and majors A-List artists like Katy Perry because unlike Avril Lavigne, other artists are not spoiled brat and treat their music very well. Avril Lavigne doesn't. That’s why other artists are doing better than Avril Lavigne even in the mid to late 2000s. That’s why her public image is a spoiled brat. Bu the problem is that Avril Lavigne is shy, not a spoiled brat. The reason she makes bratty songs is that she is shy, not a spoiled brat. So unfortunately, they never realize how many songs which are better than today’s popular music like Miley Cyrus are usually banned and aren't considered as singles, that is why people haven't got noticed other amazing songs out of every single album from 2004-today which includes Slipped Away and Fall To Pieces from Under My Skin; Innocence, One Of Those Girls, Contagious, Runaway from The Best Damn Thing; Darlin, Remember When, Not Enough from Goodbye Lullaby; Give You What You Like, Falling Fast, 17 from her fifth album. All we could blame is the label they made bad single decision to the singles. Yet, other artists like Sia has been free to choose what the singles that the artists exactly wants. It looks like Sony Music will have to forget about Avril Lavigne and only wants big names and RCA. Universal Records did that and so does EMI Records. Why Avril Lavigne won’t so the same thing? I mean, Sony Music needs to stop marketing big names and RCA and market Sony Music in general like Arista and Carrie Underwood.

Don't ever say Avril Lavigne writing in worse coz I'm sure she's been skilled, just listening to Remember When, Darlin, Stop Standing There, Falling Fast, those single-worthy tracks. However, her label just screw all of them, it doesn't mean those songs not existed.

For the materials wrote for other pop singers, I know Sia is professional at it, at the same time, I believe Avril Lavigne could handle that job perfectly. The production idea of How You Remind Me was from Avril Lavigne. A person could think of that way to recreate a song to be such matched with the vibe itself and surprising, not got to the negative to the job. Remember, Avril Lavigne just doesn't want to write songs for others, it doesn't mean that she can't. When she promise to do that, it usually turns out great as Alice, Keep Holding On and Let Go singles like Losing Grip.

So it seems that RCA and Epic Records made a bad single decision to the 2004-2011 singles and the 2013 singles respectively because RCA and Epic Records just screw all Avril Lavigne singles after the Let Go era. This caused Sony's music label to damage her post 2002 singles in general like He Wasn't and Girlfriend and lose her number 1 singles like My Happy Ending.

That's it. Avril Lavigne needs to move out of Sony because she got out of RCA 3 years ago after Wish You Were Here flunked at the Billboard charts. 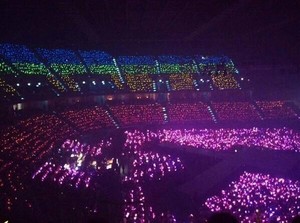 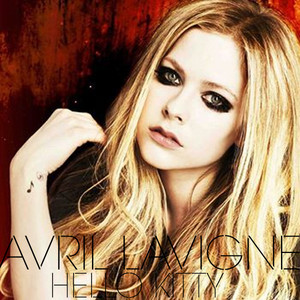 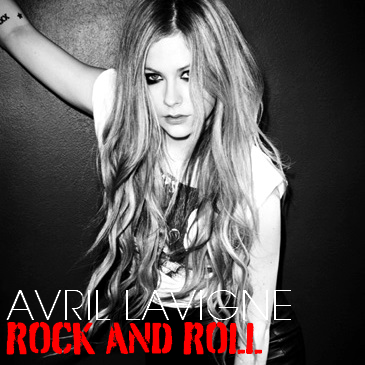 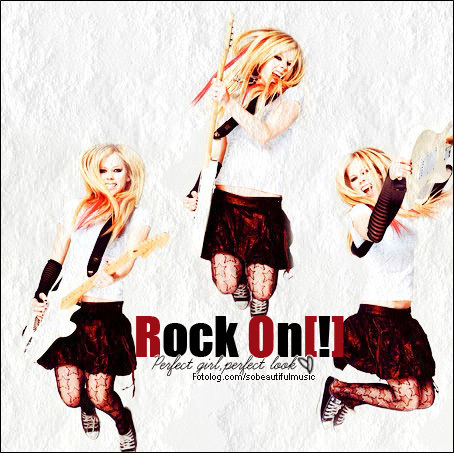 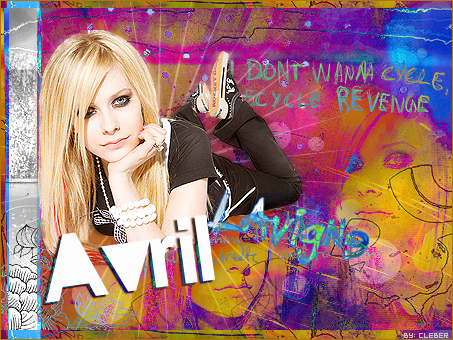 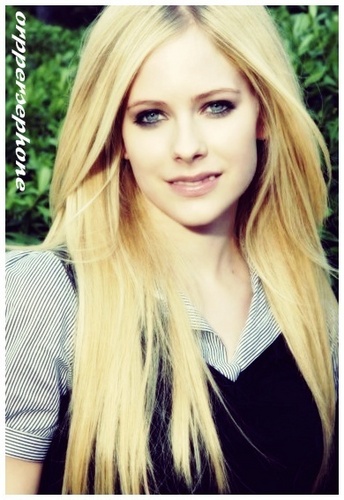 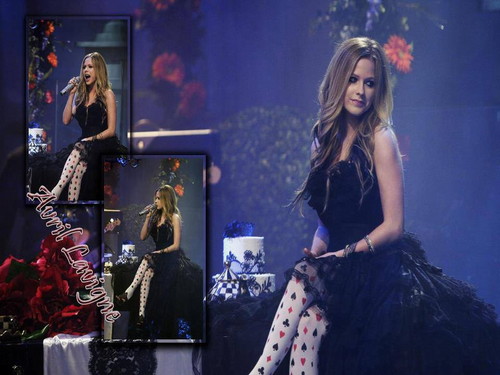 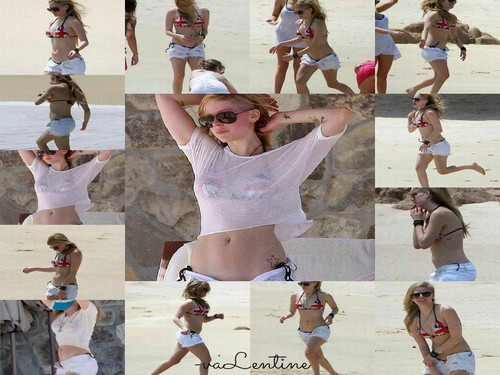 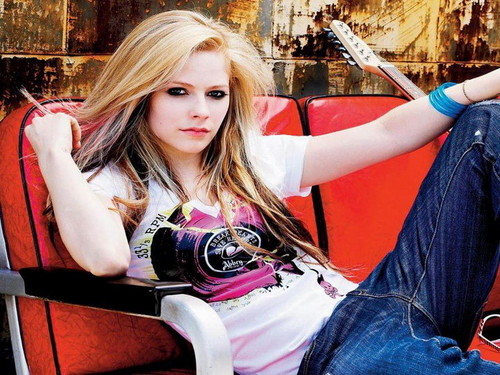 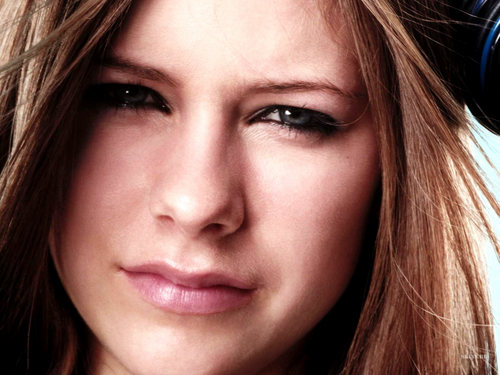 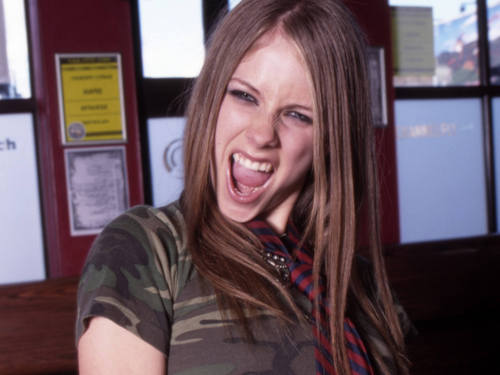 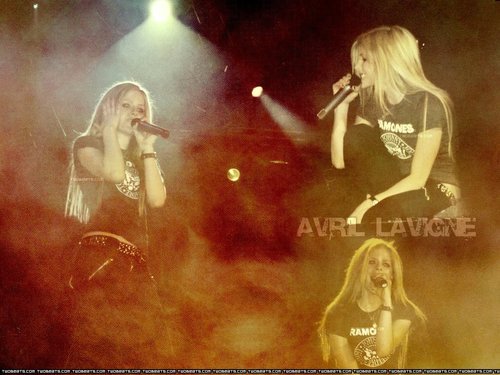 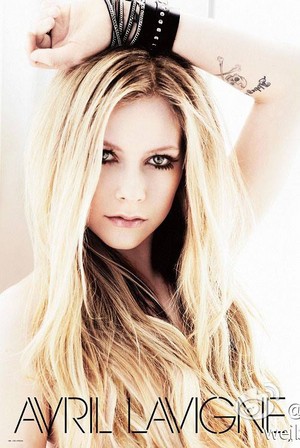