Comparing "Fall of the House of Usher"
posted by IshidaSado
Shelby Gray
Essay #3
1/23/13
Darkness creeps it's way into everyone's mind at a certain point in thier lives. It
worms into the mind without a sound and slowly, over time, grasps at the heart until,
from the very depths of the dark underworld, it completely ensnares it. Edgar Allen Poe,
an eighteenth centry poet and writer of short stories , displayed many signs of that very
same darkness. The encounters in his mind were often of lingering evil, life after death,
torture, and other unspeakable horrors. One piece of this madman's work, in paticular,
caught the attention of many people from many backgrounds around the world. "Fall
of the House of Usher", is a short story that dipicts Poe's true essence. A story of
madness, horror, and evil, yet, this single story has been brought to life on the big sceen
as well as on paper.
Movies are often adapted form their novel based origin, and "Fall of the House of
Usher", wasn't about to break that tradition. Though there were many simalarities, there
were also multiple differences. As in the short tale told on paper, the movie begins in a
dark and dreary place parallel to Poe's typical scenes. The shrubs are shrivled, the trees
are dead, and a great mist covers the entire vacinity. An old, quaking house sets in the
midst of it all. This is the house of Usher. The opening settings of both the movie and
the story were undeniably similar to one another. Small differences may have found their
way into the movie's, backgrounds and special effects, yet overall, the film's base was
identical to the original idea of the author's conscience.
The characters, on the other hand were not developed quite the same way as the
models for them, stemming from the book. The film contained the same basics of the
character's personalities, yet lacked in the growth of the cast and changed the
backgrounds of the main traveler. In the story, the reason the traveler was urged to
make his way to the Usher estate, was for a dear friend, Mr. Usher. The two characters,
initialy, don't know of one another in the adapted film. Instead, the traveler comes to
see Madaline who he claims he's in love with. Madaline is rarely seen and "dies" quickly
in the first story, but is alive throughout most of the film. Either way, Madaline was the
main focus of both stories, whether she lay dead or alive.
There were many differences in the characters, but many more in the plot
summary. Though the idea of "evil lingers" is still present, the building blocks of the
idea had been switched when the movie came about. The tiniest of components, such
as, the tale that was read to Mr. Usher towards the end of the short story, made a
dramatic scene fit for a poet shuch as Poe, were cut out of the film and replaced with
much shorter less, dramatic instances. The story read to Mr. Usher was an element
originaly intended to make a mark on the reader's heart and leave you looking over your
shoulder for days with the notion that the story was unfolding in his bed time story as it
was in real life, while the movie clipped out such a scene.
Films in the 70's were harshly critizized and thought to need much romance to
servive, so it's no surprise that there were many unecissary bits and clips of nothing but
romance between the traveler and Madiline. The short story had nothong of the sort and
when the main traveler arrives at the manor, he dosn't even know of her. The bonds
were intended to be stonger between Mr. Usher and The traveler, instead of the other
way around, yet for the sake of drawing a dramatic crowd for the film, the adaptive
version had to contain those bonds.
Whether it be broken bonds or simply scrambled relationships, the film version of
"Fall of the House of Usher", has it's disagreements with the original short story written
by Poe himself. Either way you like it ,anyone can enjoy either version for generations to
come, because "Fall of the House of Usher" is a classic that will be around for years to
come.
IshidaSado Dx I Have Too Many Errors....
Death of a Nation
posted by HouseMindFreak 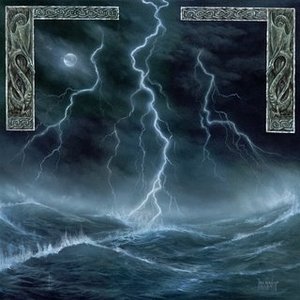 We are lives within one life
A beginning & an end
Death is a friend or a fiend
Life can be dark and cold as the deepest depth of the mighty oceans
And dangerous as a threatened wolf in her forest.

Our minds are the blessing of a curse

What is real?
Do we feel?
Are we drones of our own creations?
An end shall come to this nation
A new age is drawing near
The old ones will die
Perhaps in vain or insane
Its death will deliver our rebirth
Of illumination
The extinction of the selfish & violent ones will seal our survival
The future is our revival 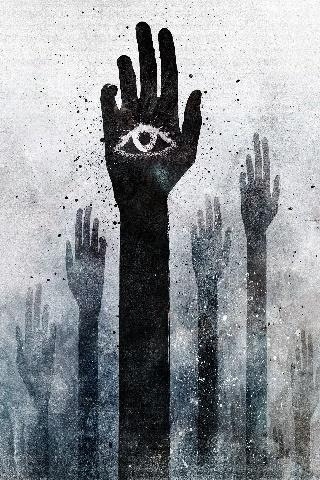 Tarzan
posted by sawfan13
Raised by wild animals
People just never quite understand
He maybe different
But he saved me from a lion.
He is not a savage
He's sweet and curious about the human world
As I wonder,"Does he love me? Does he know what love is?"
My friends and ex-fiance' just can't see
What a wonderful man he is.
Brave, strong, and kind
Also, very attractive!
The jungle so beautiful and free
As he swings on vines, holding me
His loud, victorious yell
As he yells after fighting a mean animal
Or just proud of his jungle.
His muscular, warm, tan skin
Feels so smooth and beautiful
Against my head, as I listen to his heartbeat.
His amber eyes stare into mine
As I touch his shaggy, shoulder length black hair
If he ever gets hurt
I help him doctor his wounds.
We dream of each other, as we both fall into a slumber, as the sun starts to set slowly.
4
true friends
posted by babyjay
true friends are hard to come by...
yet when you catch them you feel like you can fly...
you trust them,
love them,
and talk of future...
you know that they will never lie...
and next to them you stand side by side...
you love them,
hug them,
and share smiles with eachother...
oh how it feels when you know your important...
that you know you have some one to comfort you...
you hold their hand,
skip down the street,
and feel no defeat...
true friends are hard to come by...
but hold them tight so away they dont fly. 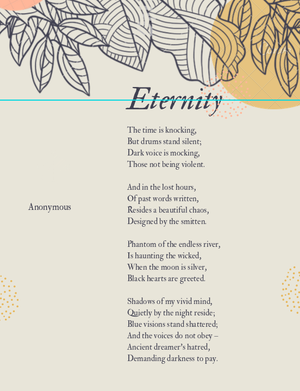 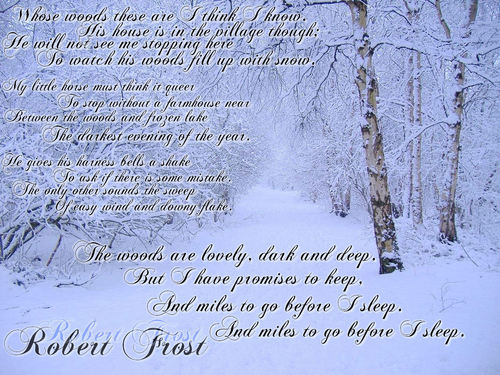 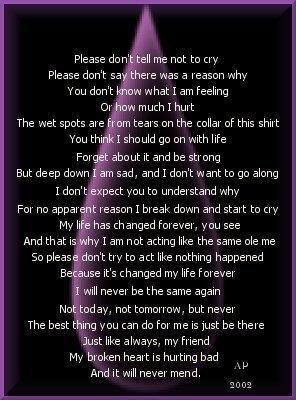 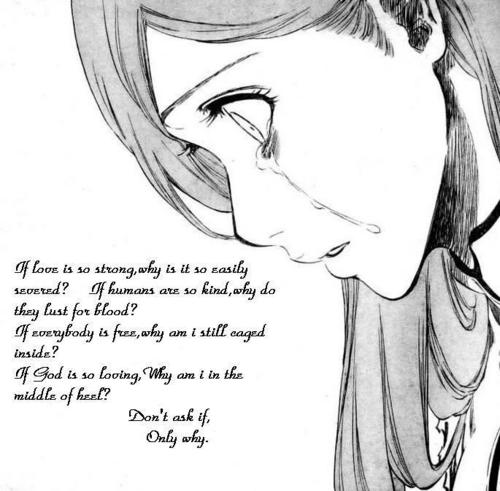 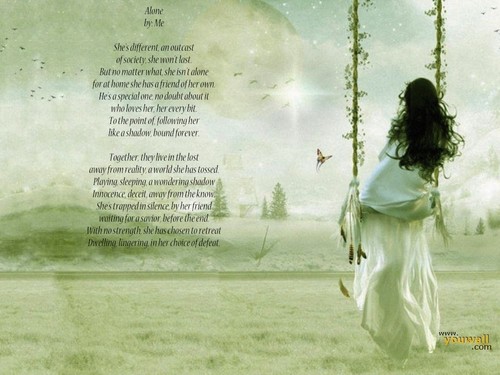 1
Alone by Me
added by Ayaka 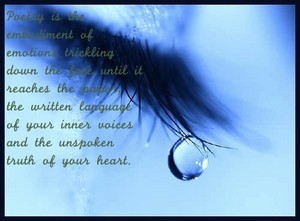 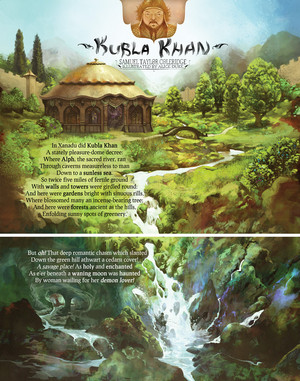 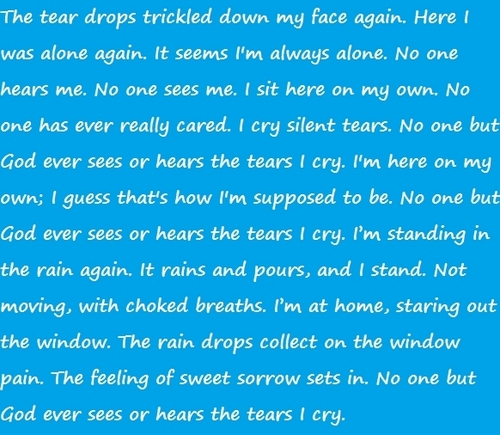 5
The tears I cry.
added by moodystuff449
Source: I wrote it. 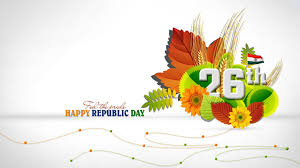 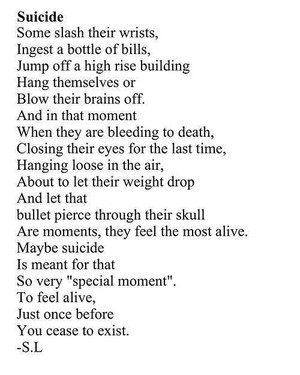 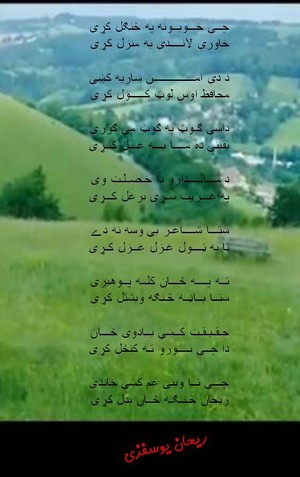 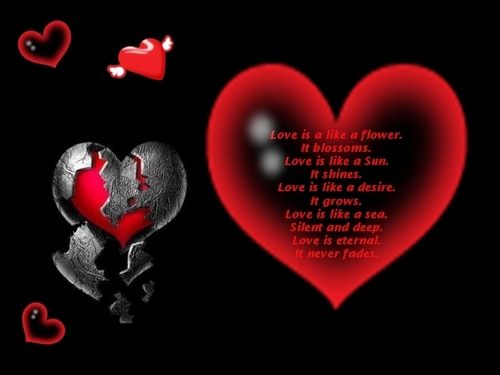 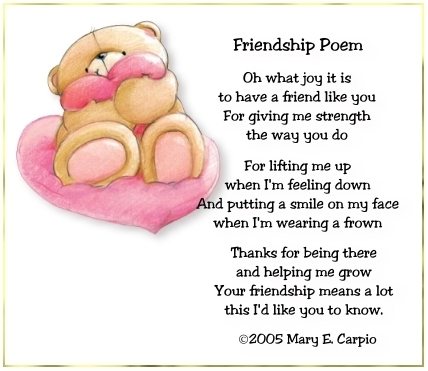 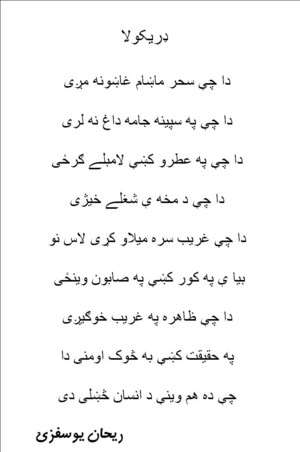 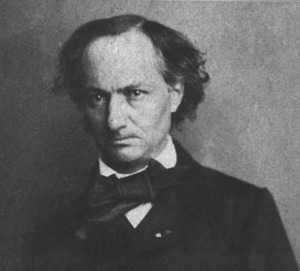 How beautiful the Sun is when newly risen
He hurls his morning greetings like an explosion!
— Fortunate the one who can lovingly salute
His setting, more glorious than a dream!

I remember!... I have seen all, flower, stream, furrow,
Swoon under his gaze like a palpitating heart...
— Let us run to the horizon, it's late,
Let us run fast, to catch at least a slanting ray!

But I pursue in vain the sinking god;
Irresistible Night, black, damp, deadly,
Full of shudders, establishes his reign;

The odor of the tomb swims in the shadows
And at the marsh's edge my timid foot
Treads upon slimy snails and unexpected...
continue reading...
More Cards
1234567891011