The first thing about the film that's worth noting is that it's such a unique film. A lot of films are about very morally responsible heroes or flawed people who eventually become great people. Although films like that can be heartwarming and inspiring I feel that there should be films that are entertainment instead of lessons. Suicide Squad is about edgy, crazy fun and it does a terrific job of doing that. Although some characters do become better later on they don't become morally perfect characters like Superman.


One of the film's most important elements is the cast. All of the members of the cast do a good job in the film. Will Smith has been accused of playing himself instead of playing Deadshot. Although I don't fully disagree with people that said that I think that his Deadshot performance works well as a likeable and fun leading character. Margot Robbie gave a great performance as Harley Quinn. Her Harley performance is one of the most entertaining performances ever done by any actress. Viola David plays the harsh and dangerous Amanda Waller very well, Joel Kinnaman is really solid as Rick Flag, and Jai Courtney and Ike Barinholtz are really funny as supporting characters. Jared Leto's Joker has been hated by several people, but I think that he was awesome as the Joker. He was a huge scene stealer and gave one of the best Joker performances ever.

The film's characters are really good. It's hard to think of any superhero film that has as many fun characters as this film. Every single member of the Suicide Squad (Task Force X) adds entertainment to the film. El Diablo and Killer Croc don't stand out as well as the others, but they did get some solid stuff to do. Deadshot was a good protagonist and Harley was tons of fun. Captain Boomerang remained one of the funniest characters throughout the film. Slipknot should of had a bigger role, but he was actually a really memorable character in the film. The Enchantress was a really cool and funny villain. Batman has a pretty awesome role in the film and Ben Affleck did a great job at playing him. Katana is one of DC's most incredible superheroes. Her supporting role in the film was really cool. Griggs the guard was a really good minor character in the film. The Flash got a really nice cameo. The Joker's role in the film isn't as plot relevant as it should be, but he's an amazing scene stealer.

The film won an oscar for makeup which could seem weird, but it totally deserved the Oscar. The makeup on all of the characters is well done, but the Joker's is the best. The Joker has never looked this awesome in live action before. His clown skin and costumes are visually magnificent.

Overall Suicide Squad is one of my favorite films. I think that it deserves more respect for the creativity, high quality performances, awesome characters, and lovely makeup. 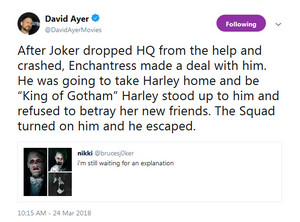 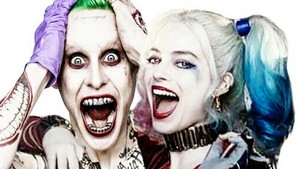 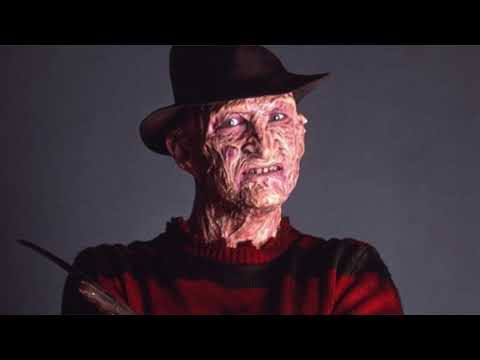 'Suicide Squad' Credits ~ Will Smith
added by misanthrope86
Source: Warner Bros / DC / made by me