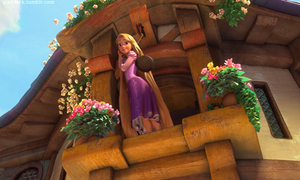 Tangled is a hit 5 stars ***** out of *****
Last month I went to the cinema to see this film Tangled. I had no idea what it was going to be about although I did see a lot of clips of it and I thought it looked good.

Eugene Fitzherbert(also known as Flynn Rider) is a rogue arrogant bandit who happens to be the narrator of the film also. He steals a crown from the palace and tries to find a place to hid it. Rapunzel meanwhile is a lost princess who was stolen as a child by an evil woman named Mother Gothel who stole the child all because she has healing powers that come threw her hair. Every year she wants to see the lanterns as she is dying to see them. So one day Flynn Rider stumbles across the tower and climbs up to the top of the tower. As he reached to the tower he gets whacked over the head with a frying pan. Rapunzel puts him into the closet as Mother Gothel comes back. She makes up a lame excuse saying that she wants fresh paint for her art so Gothel goes off to get the paint for her. Rapunzel tells Flynn that she wants to see the lanterns and if he brings her to see the lanterns she will give him back his satchel. At first the two don’t get along and as Rapunzel escapes her tower after 18 years been locked up she and Flynn begin to fall in love. Flynn wants to get rid of her and he brings her to a pub where they sing I’ve got a dream with the other thugs. A guard is after Flynn and so him and Rapunzel escape into the dam where they get caught in the dam. As they have no way out Flynn Rider opens up to Rapunzel and tells her that his real name is Eugene Fitzherbert. As she tells him that her hair glows when she sings a song they manage to get out. One night they are sitting down in the woods and Eugene opens up his life to Rapunzel. He tells her that he was in love with a character in a book called Flanagan Rider who was a swashbuckling rogue and didn’t have a care in the world. As Rapunzel tells Eugene that she likes his real name he thanks her and goes into the woods.Rapunzel also tells him that once her hair is cut it turns to brown(which is her real hair colour) after that Rapunzel’s fake mother finds her and says that Eugene is only using her and that he is only interested in the satchel. Next day they go to the kingdom village and try to dance but don’t. They then go on a boat and see the lanterns lit in the sky and sing a duet song called I see the light. As they are singing the song both of them fall in love and Eugene realises that he doesn’t need the satchel anymore as Rapunzel gave it back to him but doesn’t take it from her. As the two try to kiss Eugene spots two hooligans who he gives the crown to but they are only interested in Rapunzel’s hair so they knock Eugene out and make it look like he left her stranded. The fake mother reappears again after knocking the two hooligans out. Rapunzel is upset she believes Gothel and as she goes back to the tower Rapunzel then realises she is in fact the lost princess and confronts Gothel who ties her up in chains and uses a handkerchief to cover her mouth. Meanwhile Eugene Fitzherbert/Flynn Rider is in prison and he later escapes by the help of the thugs who he met in the pub with Rapunzel. He rides Maximus to the tower to save Rapunzel. As he shouts up Rapunzel’s name to let down her hair, her hair is down and he climbs it up little does he realise that he gets stabbed in the back by Gothel. Rapunzel tells her that she wants to heal Eugene and so she accepts. Rapunzel tries to heal him but as she tries to sing the song Healing Incantation, Eugene grabs a piece of broken glass as he would rather die than have Rapunzel locked up in a tower for the rest of her life and chops up her long blonde hair which turns back to its original hair colour brown. As Gothel is furious she turns old and Pascal uses Rapunzel’s long hair that was cut to push Gothel out the tower. Meanwhile Rapunzel tries to heal Eugene but he confesses that she was his new dream she said that he was her’s too and he died . Heartbroken by the aftermath she cries and sings the Healing Incantation song. As she was crying her tears brought Eugene back from the dead and he says that he likes her as a brunette. As Rapunzel was happy that he was alive she kisses him. Later they go back to the castle so that Rapunzel would be reunited with her real family after 18 years being apart from them. It was then revealed that a few years later Eugene becomes a prince as he married Rapunzel and they lived happily ever after. As you see the lanterns floating in the sky. A small midget man dressed up as a cupid starts smooching and the page is turned for the credits.


My verdict: A memorable film that should be classified as a masterpiece. If you liked Shrek(adult humor),Anastasia(bad boy falls in love with a princess that doesn‘t know she was a princess),Stardust(evil woman wants girl for her powers),The Little Mermaid(boat scene). You will like this.

I absolutely loved this film Mandy Moore was great as Rapunzel and Zachary Levi was perfect for the voice of Flynn Rider/Eugene Fitzherbert. The beginning was a bit dull but having said that its my new favourite princess movie. Funny and smart. Not to be missed. 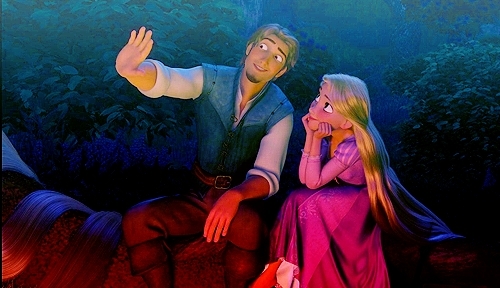 My favourite couple and charcthers 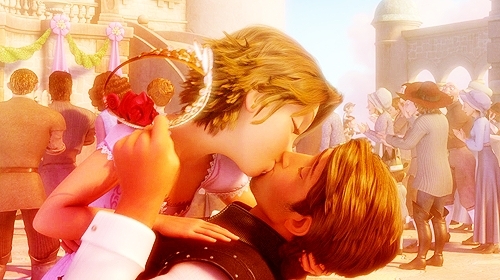 And they lived happily ever after
sheep2901 that's a lot of words
2
My review on Tangled
posted by LisaForde
I managed to see this in German on YouTube and mind you this was the best Disney movie I have seen since Enchanted. The story is about a lost princess who is locked in a tower by an evil witch named Mother Gothel . A few days pass and a thief named Flynn Rider aka Eugene Fitz Herbert steals a crown and tries to find a place to hide it. He meets Rapunzel and they fall in love. I love the I see the light scene which is so magical and enchanting and the part where he says to Rapunzel
You are my new dream and Rapunzel says And you were mine Rapunzel says.

Trust me if you love fairytales like Shrek or Stardust then check it out. Its very good even though I saw it in another language and I had no idea what they were saying. 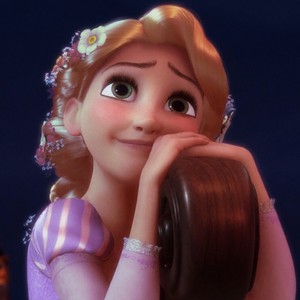 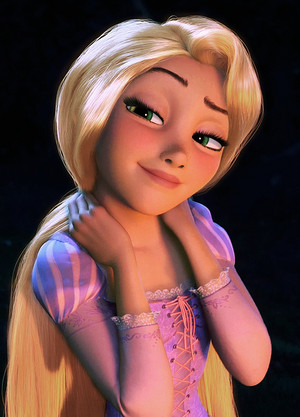 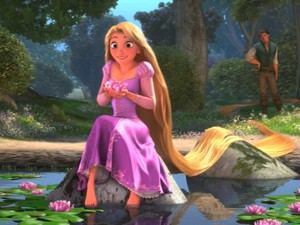 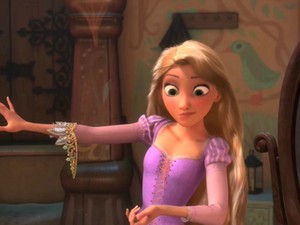 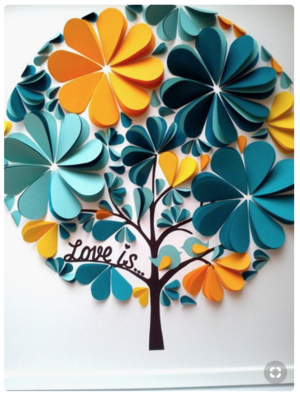 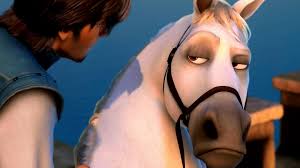 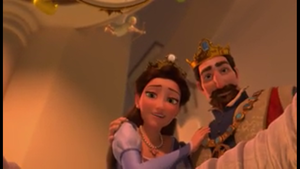 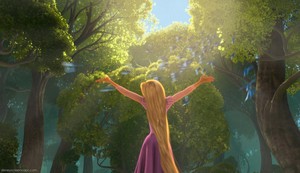 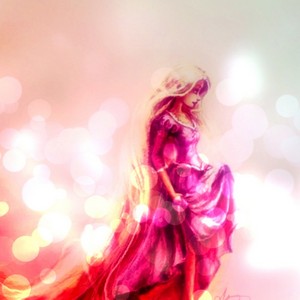 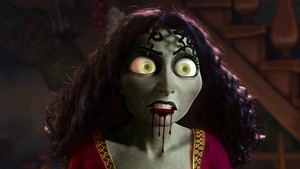