"Your Majesties?" Eugene asked nervously as he knocked on their study room door.
"Come in, boy." a deep voice called calmly from inside. Eugene walked inside, with his hands shaking nervously.
"What is it, Eugene?" the Queen asked as Eugene sat down on the chair in front of his soon to be in-laws.
"Me and Rapunzel have known each other for a while now and-"
"Yes, continue." the Queen said with a look in her eye that knew what was going to happen next. Eugene resumed talking "and, I was hoping you will allow her to be my wedded wife." There was a silence.
"You want to marry Rapunzel? Our Rapunzel?" the King asked with a shock.
"Yes, I would. If you will let me." Eugene replied with a serious look on his face "Rapunzel is the only person I truly love. I want to be with her for the rest of my life."
The King and Queen had a huddle and discussed his proposal together. Eugene's palms were sweating, he crossed his fingers tightly, what if they said no? Who would he have by his side for the rest of his life? After a couple minutes, the King and the Queen were ready to tell Eugene their verdict. The King's lips parted to say "So, when will you be proposing?" he said with a smile and a chuckle. The Queen stood up and gave her future-son-in-law a tight embrace "Rapunzel will love this. Look after her okay?" the Queen said shedding a tear.
"Don't worry, I will your Majesties!" Eugene said excitedly.
"Call us mother and father." The Queen said smiling.
"Tell us, boy, when are you going to propose to my daughter?" the King asked.
"I plan to ask her tomorrow, on her 20th birthday." Eugene replied with a sure look on his face.
"Son, wait, here have this," The Queen said revealing a beautiful 25 carat diamond ring (which will grace Rapunzel's ring finger very soon) "this ring has been passed down from my side of the family, I'm currently wearing the ring from the King's side of the family but I want Rapunzel to have this" the Queen placed the purple velvet box in Eugene's hands.
"Thank you, Mother and Father." Eugene said smiling as he embraced Rapunzel's parents.

The time came when the lanterns soared up into the dark blue and lit up the night sky. Rapunzel was gazing in awe at all the lanterns.
"Rapunzel?" Eugene asked. Rapunzel turned around to find Eugene holding two lanterns that said "Marry me?" in big, beautiful bold writing. Rapunzel's eyes filled up with tears. She was completely stunned and bedazzled by Eugene's question.
"YES! A million times yes!" Rapunzel cried happily. As she sat down, Eugene opened up the purple velvet box to reveal the diamond ring.
As he gently slid the ring onto Rapunzel's dainty ring finger, he said "Rapunzel, I want to be with you for the rest of forever! I've never felt what I feel now for anyone except you. I love you, Rapunzel."
"I love you too, Eugene." Rapunzel exclaimed as she leaned over to give her fiancee a passionate kiss. The two parted their lips and lifted their two lanterns into the gold studded sky.

When the two returned to the castle. Rapunzel stood in front of her parents, with her hands behind her back, beside Eugene.
"Mom... Dad... WE'RE ENGAGED!" Rapunzel exclaimed, showing her engagement ring, wearing the biggest, most beautiful smile that reminded Eugene that Rapunzel was truly the girl for him.

The End
NikkiSarah, RoseOfRapunzel and 1 other like this
PrincessLD Great Article!
LisaForde2 Ahw how romantic haha I love this movie so darn much I can't get it out of my head.
anakinsgirl60 i LOVE THIS!!!!!!1
Nite_owl I love this so much!
4
My idea for Tangled 2:
posted by blurayz3
Eugine had forgot Rapunzel's 19th birthday, causing a row between the two. Rapunzel had been very stressed latley, she wasn't ready to take over the kingdom, and her father had grown gravley ill.After the row, Rapunzel is approached by a shady character, twice her height, in a cloack, covering his face. All that was present was a black curly beard swaying from his chin. Although at first alarming Rapunzel, he manages to calm her down before she calls the guards, saying he can help her save her father from dying. He quotes 'Your fathers a fine King.Be a sahme to see him die. But, Rapunzel, I...
continue reading... 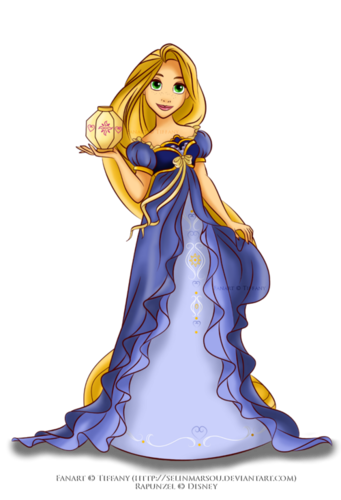 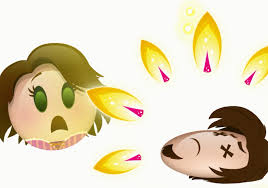 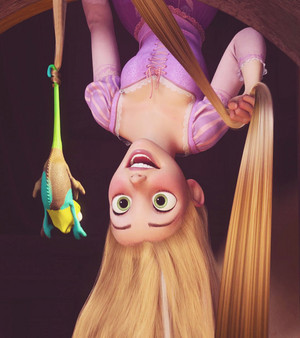 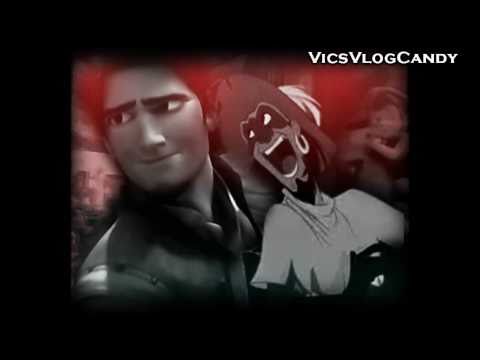 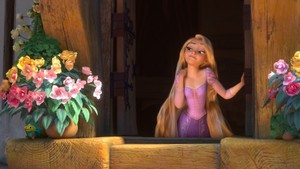 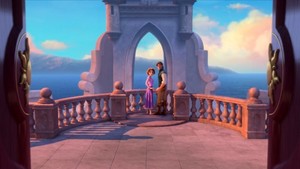 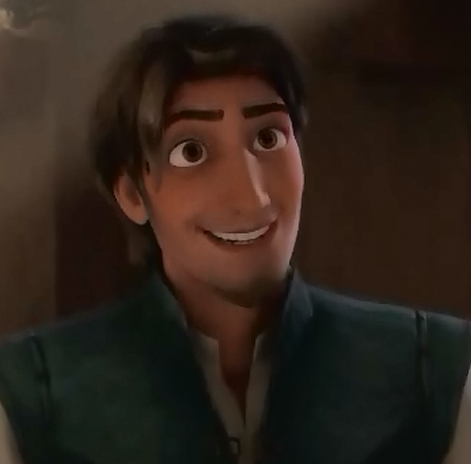 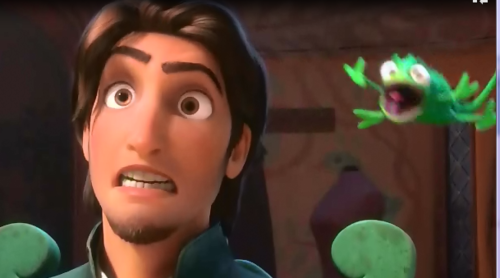 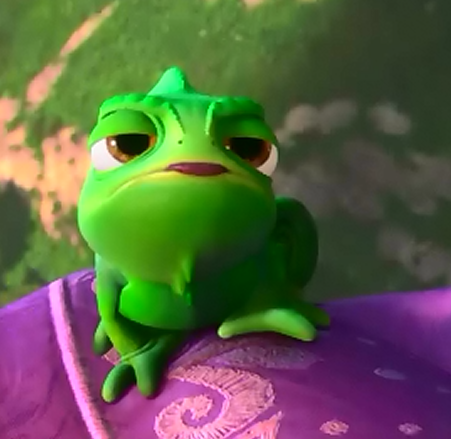 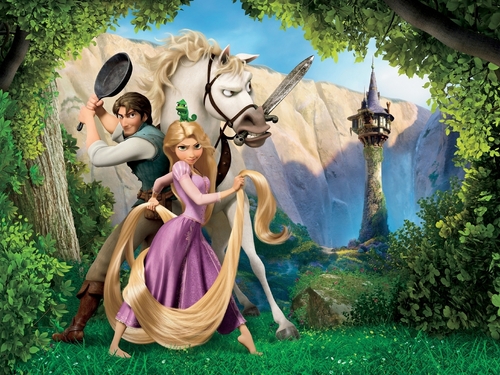 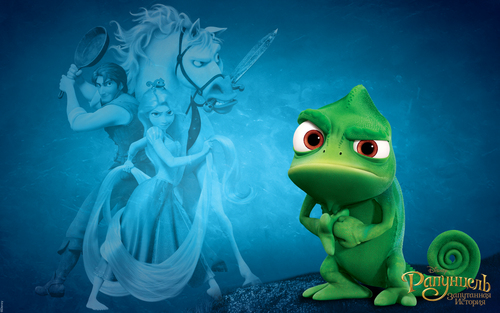 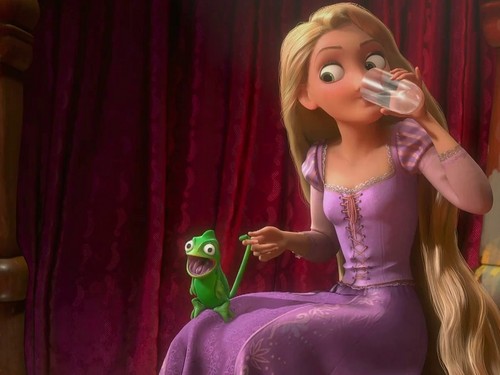 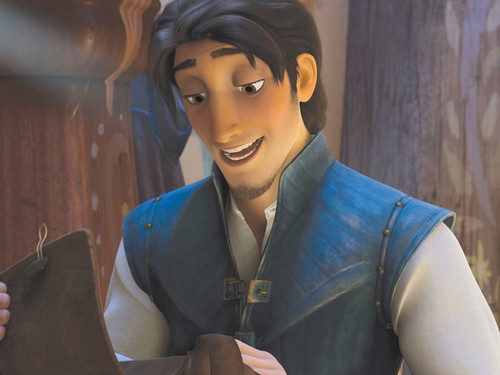 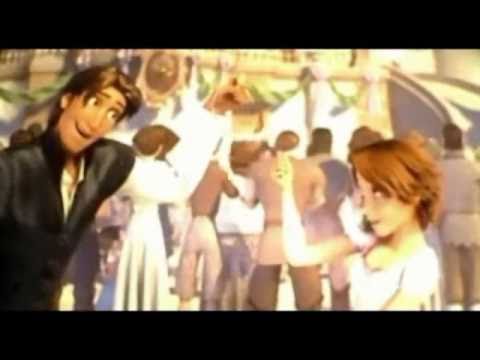 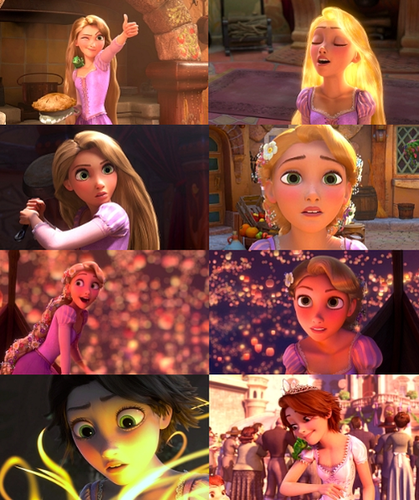