Beware, this might contain spoilers for people not up to date in the comics AND people who haven't read Rise of the Governor.

If you are not a comic reader, you can still read this and probably still enjoy it. But beware for spoilers again, because on the show they are doing a lot of the same stuff from the comics.

So all of my *SPOILER ALERTS* have been put, you can't bitch to me about them! ;)

10. DWIGHT
Occupation: Leader of the Saviors

He's not a big character, but I think he still deserves to be on that list. He's a really great character. Complex. He comes in first as a villain, one of the bad guys, but it turns out he's a really nice guy who only wanted to protect his wife and get her back from Negan. And when he finally succeeded (with the help of Rick & Co.), she decided to dump him (Is it because he has his face burnt that you don't love him anymore, Sherry? Because, may I remind you, it's partly because of you that it happened!)

Anyways. He's a great character. I wish we could see more of him.

9. SOPHIA
People who never read the comics are probably wondering why she's on that list. Well, if you read the comics, you can see that she's pretty amazing! Maybe not at first, she's more like a late bloomer, but now she's a little bad-ass! She can defend herself against boys and is not afraid of everything anymore. Her relationship with Carl is great also! She's really interesting and has a lot of potential.

He's awesome! He's changed so much and in the really good way. Yes, he did start off as a wimp, but now, he's one of the most important people in Alexandria and he helps a lot and he's vital for the survival of his fellow survivors. He is very smart and this is important. As a bonus, his relationship with Rosita is adorable..... *sniff*

What an AWESOME character! I loved the way he talks, only Abe can talk like that ;) He didn't take anyone's bullshit and I loved that! Just a great character. I miss you Abraham!

Glenn! Still not over it. What a waste! He was so great. I don't even know what to say. He was pretty much the same as the TV show one. Nice, kind-hearted, too good for his own good. Glenn, you are still sorely miss!

There's no word to describe Carl! He's everything and he'll be the last one standing! He'll outlive everyone. He's reckless, but still caring. He's a good mix of bad and good. 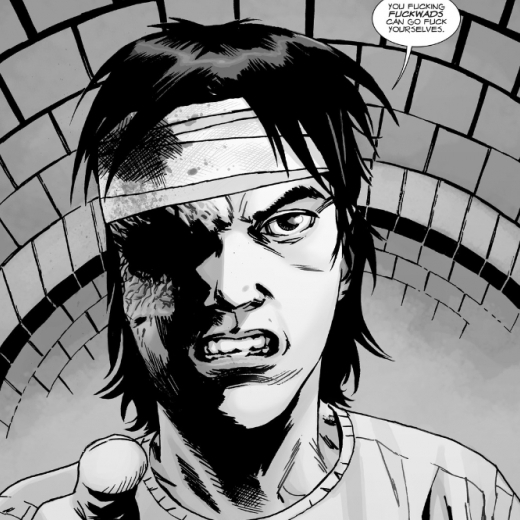 Michonne is so complex and she's so unlucky! She's probably the least luckiest person out of the series. She had two daughters, both died. She had four boyfriend after the apocalypse started, four died, three while in relationship. Bad keeps happening to her, but she never gives up, she's always standing up and that's why she's great. In her situation, a lot of people would've given up. I admire you Michonne!

Well, what can I say. It's Rick Fucking Grimes! I like the comic book version better than the TV version. I love that he wants to bring society back, but at the same time I disagree with a lot of his decisions. Like not killing Negan! That's going to come back a bite him in the ass! But for the most part, he's a really good character. And anyways, a character that is perfect is boring, characters need some flaws. And Rick has a lot of them.

Way better than the TV version! Andrea is amazing! She's just the best! Everything about her is awesome. She's strong, she caring, she's a great mom to Carl, she's a good shot, she's just good at everything!

Now that is THE best character of the ENTIRE series of the comics books! There's no word to describe Jesus. He's just freaking awesome. Can't wait for him to arrive on the show!

Whether or not you liked the Governor, you have to admit that he was such a great villain! A complete monster.

What an amazing villain! One of the best villains ever! He has everything you're looking for in a villain. And with a bonus, he swears every other words and I really love it!

*Sorry about all of these link[/b] and exclamation points. I guess I was just really excited to write this, but it's really not my best work. Sorry about that.*

Who is YOUR favorite comic book character?
Who do YOU think should've made the list but didn't?
Let me know, leave a comment!
Sookie1013, laylastepford and 4 others like this
DarkSarcasm Ohh. *flips between this tab and death predictions article* Ohhhhhh.
Bibi69 ^Didn't you read the comics?
DarkSarcasm Technically, yes. But I am incredibly impatient, and I don't like comics/graphic novels/etc, so I angrily speed-read them and apparently didn't retain much. =P Some of this sounds vaguely familiar!
Bibi69 Yeah, I guess you didn't really pay attention haha!
DarkSarcasm In my defense, I'm only up to 96, so a lot of this is new and not just forgotten. =P
Canada24 I like both versions of Governor And I like Carol way better in the tv verison
azonkart great post
Sookie1013 Agree with all except Carl. Absolutely agree with Jesus he is one of my favorite characters from the whole Walking Dead universe. 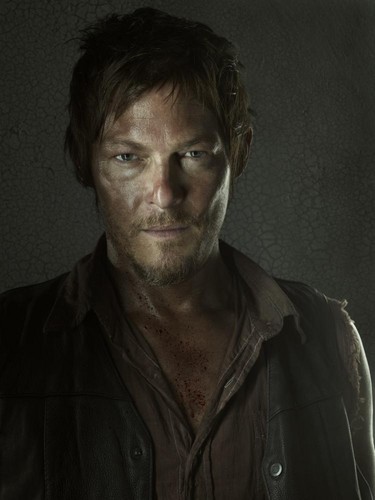 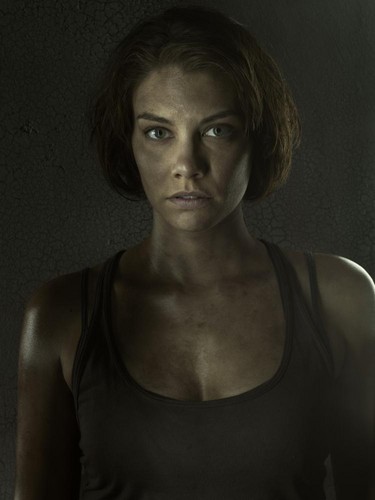 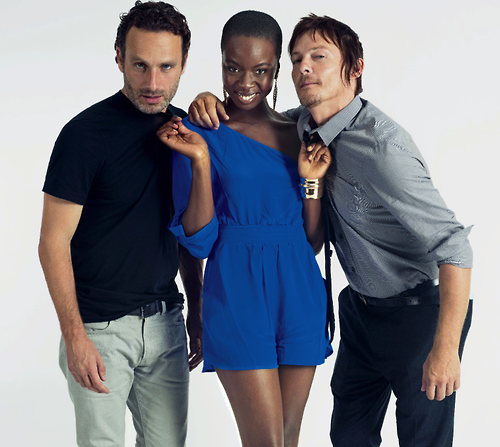 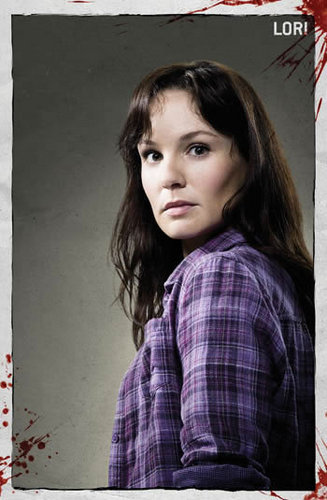 4
Lori Grimes
added by Melissa666
Source: AMC
1
Season 11 Death Predictions
posted by Bibi69
The final season is almost here, with only a couple of days to go. It's time for death predictions!

This article contains comic book spoilers. Lots of 'em. You've been warned. Furthermore I only focused on big deaths.

LUKE AND/OR MAGNA:
When: If both die, it's not gonna be at the same time. Either during 11B or 11C.
Why: Because it's still the only group unaffected since they showed up a full two seasons ago. Yumiko is pretty much taking on Michonne's story, so she's safe. I don't see them reuniting the sisters only to kill one of them off. That leaves these two. 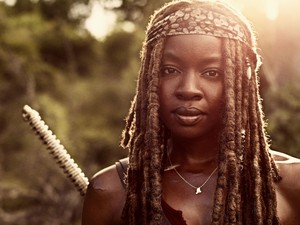 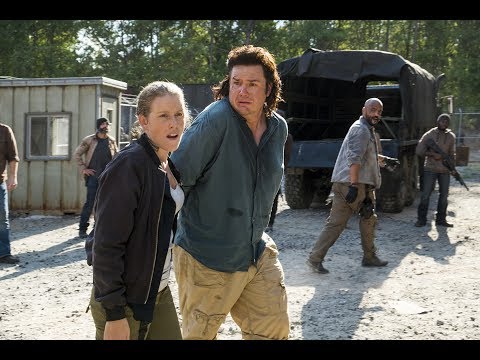 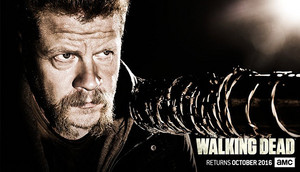 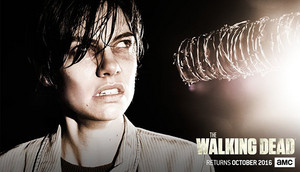 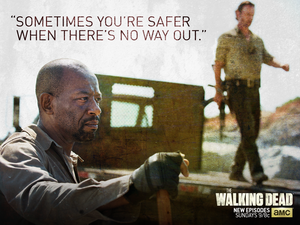 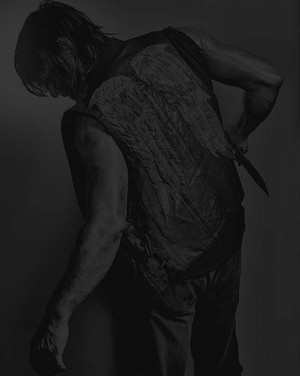 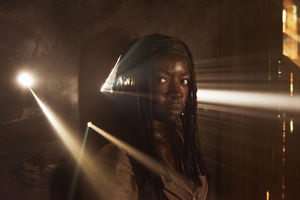 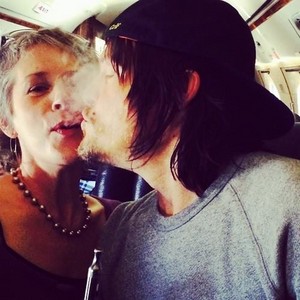 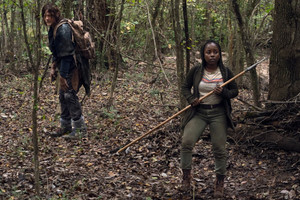 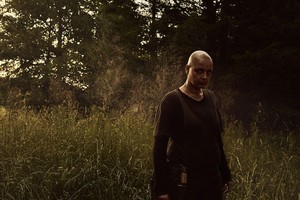 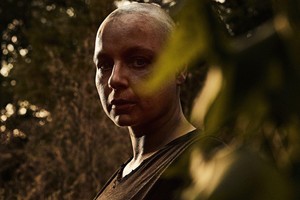 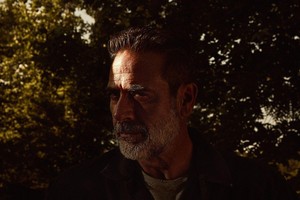 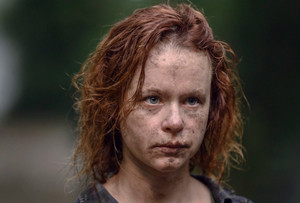 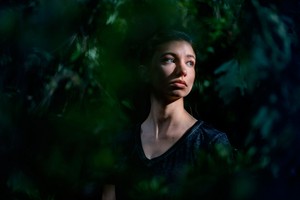