'The Vampire Diaries' casting for 4th season in L.A. and Atlanta
posted by oncameratalent

Canadian beauty Nina Dobrev plays dual roles as Elena Gilbert and Katherine Pierce.
CW Television Network's mega hit supernatural drama television series "The Vampire Diaries" is now in production on season number 4 in Atlanta, GA. The casting directors are auditioning actors for guest starring, recurring and day player roles in both Los Angeles and Atlanta. In addition to the acting roles, extras are being hired in Atlanta throughout the season. The network has ordered a full 22 episodes that will begin airing in October, 2012. "The Vampire Diaries" is based on the book series of the same name written by L. J. Smith.

The series has an impressive cast that stars Nina Dobrev in a double role as Elena Gilbert, a beautiful young girl caught between two vampire brothers, and as Katherine Pierce, the ruthless vampire the brothers knew and loved in the nineteenth century. Ian Somerhalder plays Damon Salvatore, the elder of the two vampire brothers, and Paul Wesley is Stefan Salvatore, the younger brother. Dobrev, Somerhalder and Wesley have each won Teen Choice Awards for their roles, among other award nominations and/or wins.

"The Vampire Diaries" is from Bonanza Productions, Alloy Entertainment and Outerbanks Entertainment in association with Warner Bros. Television and CBS Television Studios. The executive producers are Kevin Williamson, Julie Plec, Leslie Morgenstein and Bob Levy. Williamson and Plec created the series based on L. J. Smith's books which were initially commissioned by Elise Donner, editor of Alloy Entertainment in 1990. Canadian film and television director Chris Grismer has been at the helm on several episodes of "The Vampire Diaries", and also serves as the show's Supervising Producer 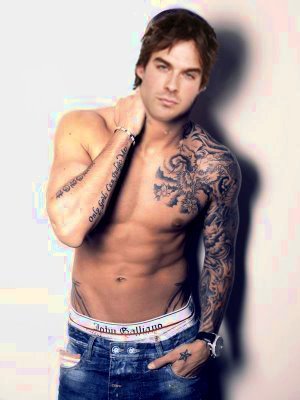 4
Damon with Tattoo
added by tvd_lover18 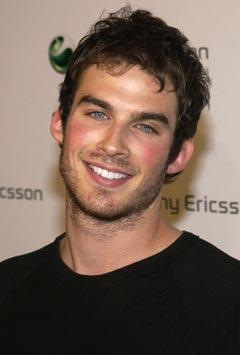 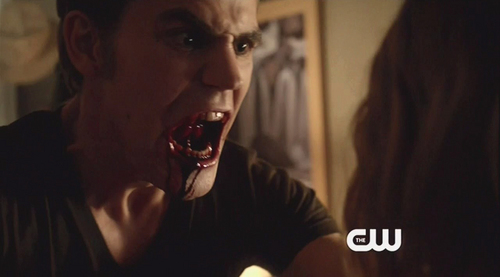 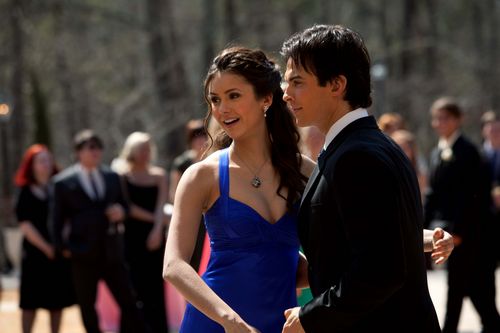 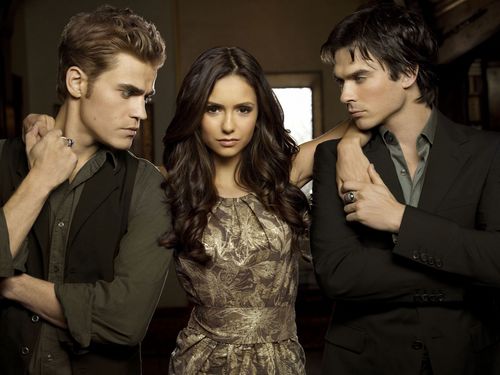 2
The Vampire Diaries
added by Dalete 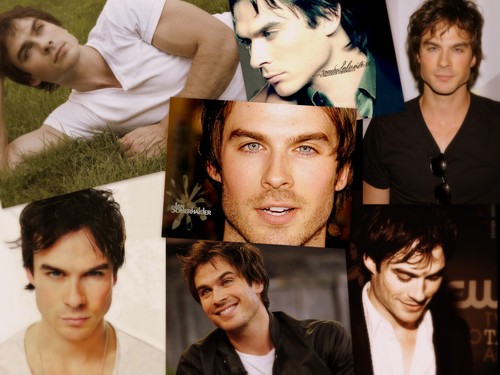 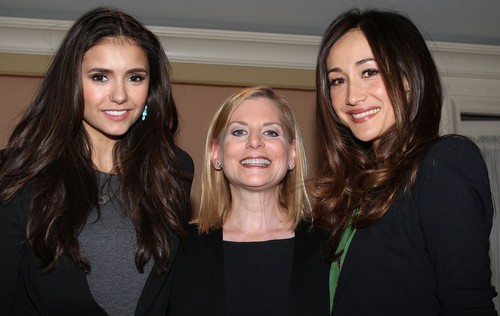 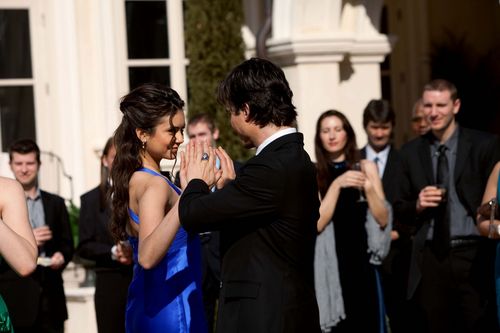 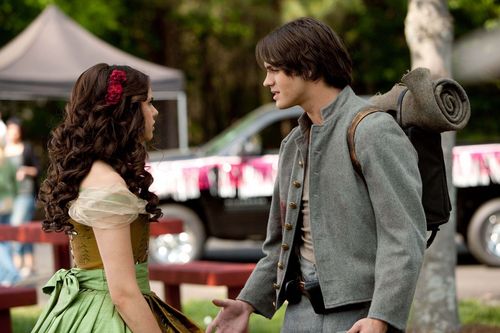 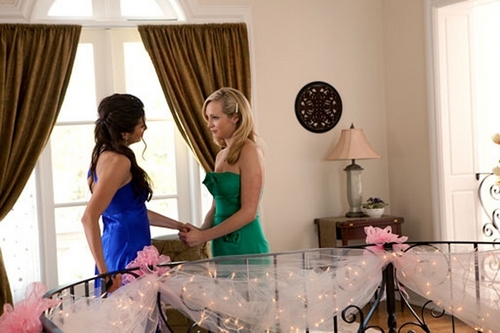 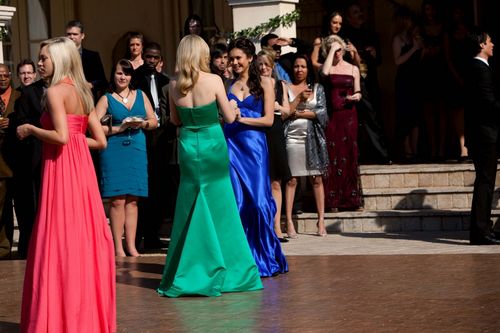 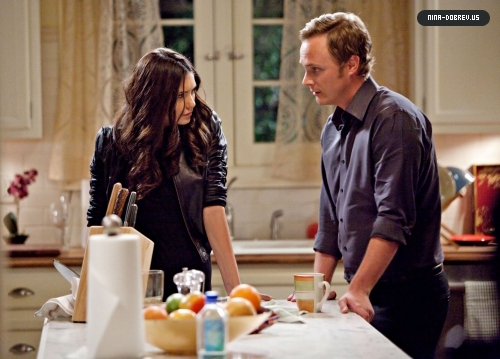 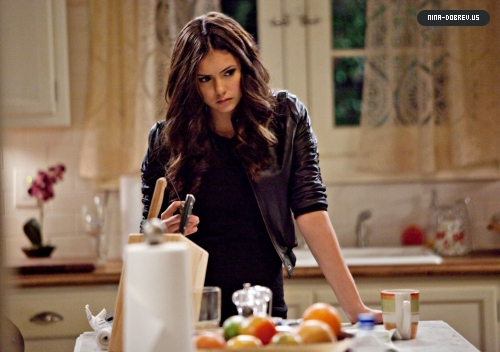 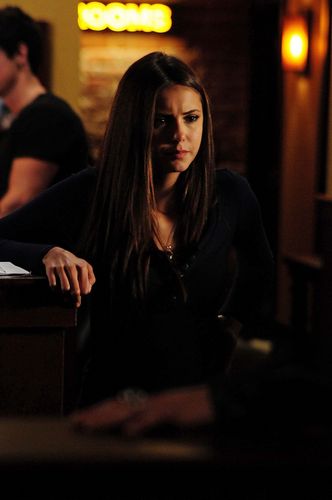 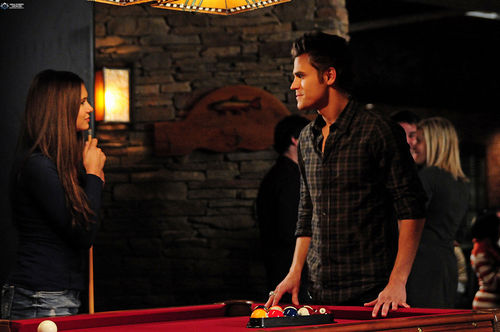 2
1.08 162 Candles
added by melanie_nat
2
How to know you're obsessed with Ian Somerhalder
posted by ObsessiveDelena
1. You insist on watching everything he's been in.
2. You make an entire notebook dedicated to him.
3. You go on google 2 or three times a day in hopes of finding shirtless pictures of him.
4. You have to watch Ian's sex scene in Tell Me You Love Me.
5. More than once.
6. You become speechless when he dances in his underwear during The Rules of Attraction.
7. You actually know the scene I'm talking about.
8. You put Faith by George Michael on your ipod.
9. You always push rewind during the Damon/Vicki dance scene.
10. You're still holding a grudge against Lost for killing Boone.
11. You made it to the...
continue reading...
TVD voicemails
posted by DelenaLove1
Ever wondered what the characters of TVD would sound like giving voicemails? Here’s your chance to find out!

Damon: Hello, you’ve reached Damon Salvatore. I am not available at the moment. I’m chasing my brother’s girl, at the grill drowning in my sorrows, or I’m fucking and abusing girls to get my mind off Elena. Please leave a message and I’ll kill- I mean call you later. *beep*